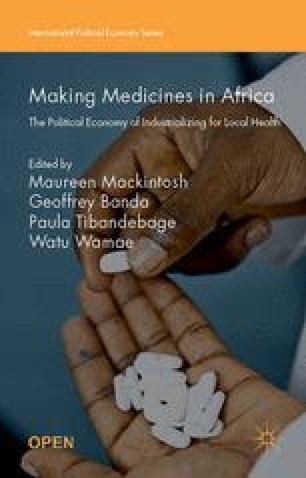 The Indian health industry, with substantial pharmaceuticals and biop-harmaceuticals capability, has been called ‘Supplier to the World’. This industry has had three defining policy environments running from 1950 to 2000, the last of which is arguably still ongoing. These three environments are distinct market environments, in which the range of market instruments used has been notable and the public gains to which they have been put have been noteworthy (Srinivas, 2004; 2012).

Foreign Firm Industrial Policy Market Environment Intellectual Property Right State Capacity
These keywords were added by machine and not by the authors. This process is experimental and the keywords may be updated as the learning algorithm improves.
Download to read the full chapter text

Open Access This Chapter is distributed under the terms of the Creative Commons Attribution Noncommercial License, which permits any noncommercial use, distribution, and reproduction in any medium, provided the original author(s) and source are credited.