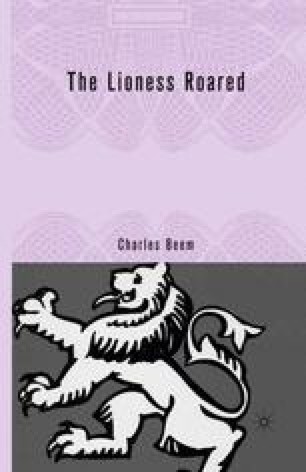 “I Am Her Majesty’s Subject”: Queen Anne, Prince George of Denmark, and the Transformation of the English Male Consort

Upon Queen Anne’s accession in March 1702, the first of her subjects to offer their homage was her husband, Prince George of Denmark.2 George of Denmark did not ascend the throne alongside his wife, as did the wives of male kings throughout English history.3 Although Mary I had married Philip of Spain one year after her accession, their marriage treaty, ratified as a parliamentary statute, reduced Philip’s role as king of England to that of a de facto consort, capable only of informal influence upon his wife’s government. Nevertheless, in a social context, Philip still shared his wife’s status, and enjoyed the style of king. George of Denmark, however, did not share his wife’s status, and settled, apparently quite happily, into the process of creating the informal role of prince consort. The continuing evolution of the gendering of the public role and office of female king, then, disposed of the male counterpart completely. Like Elizabeth I, Anne was a queen without a king. However, quite unlike Elizabeth, she had a husband, who played the public but informal role of a loyal and obedient subject.

Privy Council Good Wife Male Consort Male Heir Glorious Revolution
These keywords were added by machine and not by the authors. This process is experimental and the keywords may be updated as the learning algorithm improves.

I am her majesty’s subject, and have sworn homage to her today I shall do naught but what she commands me.1