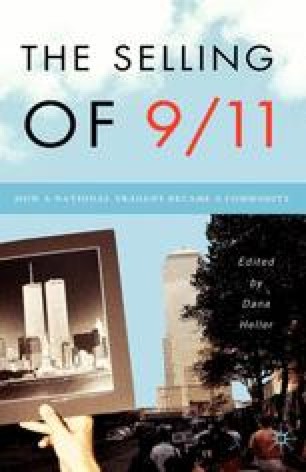 The Country Connection: Country Music, 9/11, and the War on Terrorism

In the United States, country music has long served as a conveyer of values that go far beyond mere entertainment. Certainly, like any genre of popular music, country has a functional value as entertainment, just as a car has functional value as transportation. Also like the automobile, country music has exchange value. Toby Keith’s new country CD costs $17.98; a BMW 5 Series 525i costs $40,000. But beyond this, country music—like other commodities—has sign value.1 A BMW or a Jaguar can be used as a sign of social distinction or social status, just as the Mini Cooper—immortalized by Madonna in the pop song “American Life”—gained currency as a signifier of urban hip, progressive style, and understated consumer satisfaction.2 As part of this process of social distinction, we do not buy just one product, but we typically buy into a whole system of products and develop a lifestyle around such commodities. The Madonna fan, driving along in his Mini Cooper, wears designer jeans, drinks double soy lattes, and attends Pilates classes. The Toby Keith fan drives a Ford truck, shops at Wal-Mart, drinks Bud Light, and attends church with her kids. Marketers assume this clustering of products, as do, undoubtedly, political campaigners and analysts.