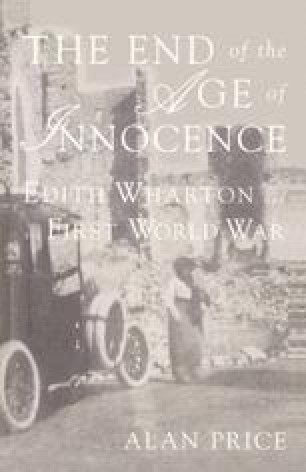 edith wharton started the year 1914 poised for new beginnings. she had recently divorced Teddy Wharton after twenty-eight years of an increasingly painful marriage. Teddy’s mood swings between manic highs and depressive lows became more pronounced after 1910. Wharton’s attempts to distract her husband with travel became less and less successful after their move to Paris in 1907. She arranged for Teddy to be treated at a sanitarium in Switzerland, but he returned to her Paris doorstep little improved. The final break came after Wharton discovered that her husband had been speculating with money from her trust funds.

French Government Literary Project German Army American Tourist American Embassy
These keywords were added by machine and not by the authors. This process is experimental and the keywords may be updated as the learning algorithm improves.
This is a preview of subscription content, log in to check access.