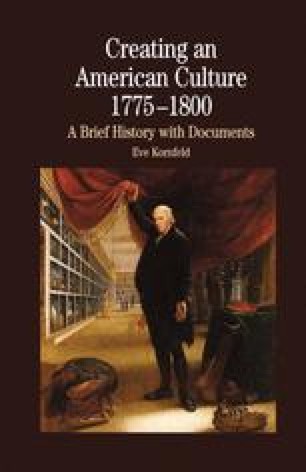 Susanna Haswell Rowson (c. 1762–1824), the daughter of a British naval officer and royal customs official, was born in England, raised in Massachusetts, and returned to England as part of a prisoner exchange in 1778. After joining a theater company in Philadelphia in 1793, she finally settled in Boston in 1796. A successful actress, playwright, novelist, and founder of a respected girls’ academy in Boston, Rowson published her work under her own name. Her fourth novel, Charlotte. A Tale of Truth, was written and published in London in 1791 and republished in Philadelphia in 1794. The most popular novel in America until the publication of Harriet Beecher Stowe’s Uncle Tom’s Cabin in 1852, Charlotte went through more than two hundred editions and sold about forty thousand copies in its first decade.