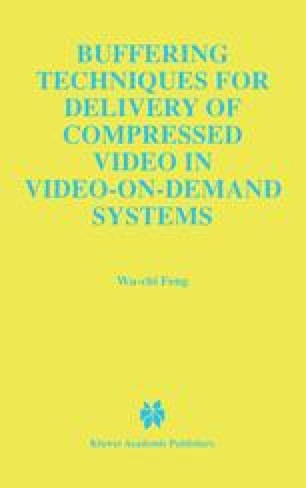 A Survey of Bandwidth Smoothing Techniques

Video Stream Buffer Size Bandwidth Allocation Bandwidth Requirement Peak Rate
These keywords were added by machine and not by the authors. This process is experimental and the keywords may be updated as the learning algorithm improves.
This is a preview of subscription content, log in to check access.

Cite this chapter as:
(1997) A Survey of Bandwidth Smoothing Techniques. In: Buffering Techniques for Delivery of Compressed Video in Video-on-Demand Systems. The Springer International Series in Engineering and Computer Science (Multimedia Systems and Applications), vol 417. Springer, Boston, MA. https://doi.org/10.1007/978-0-585-31403-7_4