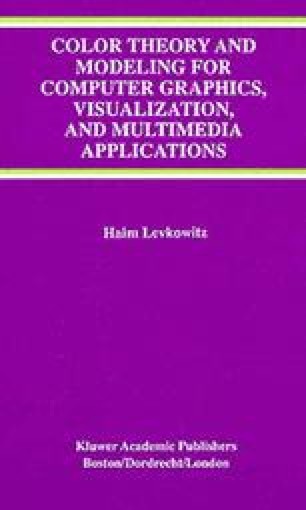 Multiparameter data collection is becoming increasingly common in many scientific disciplines. The data can be spatially coherent, such as medical images, satellite images, or geological data for oil exploration; or it can be non-coherent, such as population or census data. But it usually consists of a very large number of some higher dimensional vectors. In many such cases, a critical need exists to analyze the parameters not only individually—which is a relatively easy task for a human viewer, but also relative to each other—which can be extremely complex. The need exists for integrated displays to enable the scientist to see the combined information, some of which may not be adequately perceived, or may not be perceived at all when viewed individually. In order for such displays to succeed, they must exploit the visual perceptual capabilities as much as possible.