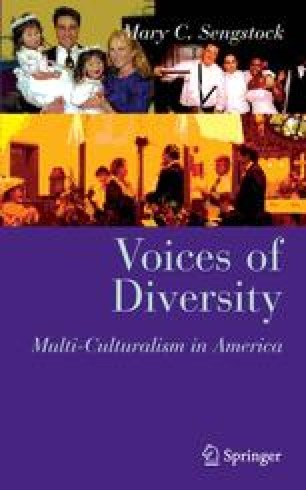 Social environment plays an important role in a child’s definition of self. Cooley (1922) used the analogy of a “looking glass” to describe the process by which a child developed his/her idea of “who s/he is.” Hence Cooley saw young children as looking at themselves through the “mirror” of the social groups around them. In a similar vein, Mead (1934) went so far as to say that the views of the society actually become part of the individual’s sense of self, a component of the self-concept which he called, the “ME.”

Immigrant Family Immigrant Child Host Society Immigrant Student Immigrant Parent
These keywords were added by machine and not by the authors. This process is experimental and the keywords may be updated as the learning algorithm improves.
This is a preview of subscription content, log in to check access.