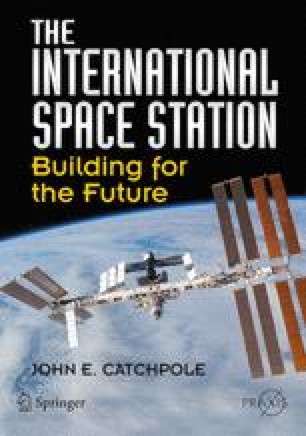 On October 16, 2001, a tearful Dan Goldin announced his resignation as NASA’s longest serving Administrator. His term of office had begun in March 1992 and lasted 8.5 years. Goldin had overseen the redesign of ISS to meet President Clinton’s demands. On his President’s instructions, it had been Goldin who invited the Russians to join the ISS programme. He had also overseen the initial privatisation of the Shuttle programme and the beginning of the ISS flight programme with its associated delays and massive budget overruns. In the end, it would be the budget overruns and the hardware cancellations that brought Goldin’s tenure to a close. In his retirement speech he told the audience proudly, “I had a lease on this programme. I am handing back that lease”.

International Space Station International Partner Habitation Module Cost Growth Soyuz Mission
These keywords were added by machine and not by the authors. This process is experimental and the keywords may be updated as the learning algorithm improves.
This is a preview of subscription content, log in to check access.