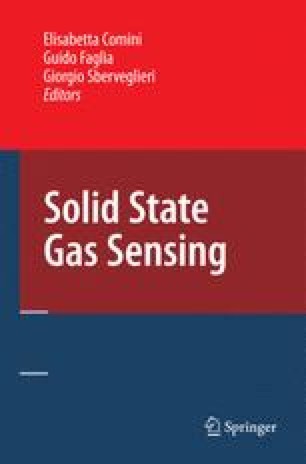 Arduous efforts are required worldwide to tackle the issues of environmental pollutions, which govern a prime role in global warming (climate change). The importance of this issue has been also emphasized by the Nobel Prize winners (2007) awarded for the contribution to the climate change (http://nobelprize.org/nobel_prizes/peace/laureates/2007/index.html). Therefore, over the years, there has been a growing concern on the environmental pollution due to emissions from automotive vehicles and other industrial furnaces. As the automotive industries expand drastically every year even in developing countries, strict regulations have to be implemented to reduce the pollutions. The major causative hazardous gases are usually CO, NOx (NO and NO2) and hydrocarbons (HCs). Thus, severe norms are being enforced on what concerns on automobile’s emission in Europe, United States and Japan. Figure 5.1shows the regulation values for the pollutant gases emitted from gasoline passenger...

Present Sensor Small Gold Nanoparticles High Oxygen Coverage C3H6 Sensitivity
These keywords were added by machine and not by the authors. This process is experimental and the keywords may be updated as the learning algorithm improves.
This is a preview of subscription content, log in to check access.