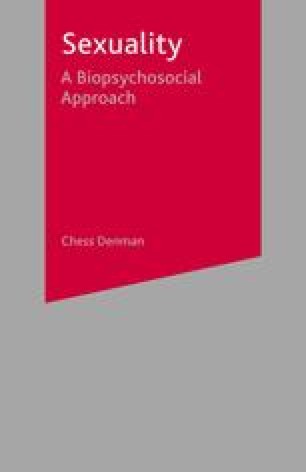 Gay men and lesbians claim an identity defined by their choice of sexual activities. It is an identity which seems to announce, first, what their minds turn to erotically. Straight men and women who are anxious about homosexuals are quick to pick this up and mirror it with the anxiety that a gay man or lesbian is thinking about them sexually. At first sight straight men and women are equally defined by their choice of sexual partner. However, most straight people asked to choose a single identity select something non-sexual, like skin colour, religion, occupation, place of abode. They take their sexual orientation for granted. It is not an identity because it is not sufficiently distinctive. Gay men and lesbians can pick out their sexual preference as giving an identity because it is less usual than heterosexual preference, but they also choose to pick out their sexual preference as their identity because it is an oppressed identity. The oppression of gay men and lesbians for their sexual choices forces them to concentrate on this aspect of their identity consciously. As a result, the erotic imagination of gay men and lesbians is often well developed although it is, also, always an erotic imagination formed in conditions of oppression. Concentrating on a sexual aspect of experience to define identity has advantages and disadvantages.

Sexual Orientation Lesbian Woman Moral Standing Internalise Homophobia Object Choice
These keywords were added by machine and not by the authors. This process is experimental and the keywords may be updated as the learning algorithm improves.
This is a preview of subscription content, log in to check access.