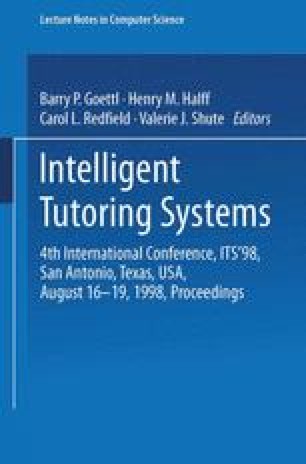 Instructional Applications of ACT: Past, Present, and Future

ACT is a cognitive architecture which addresses how procedural and declarative knowledge is acquired and strengthened with practice. As originally described in 1983 it modeled human cognition at the multi-second temporal grain size. I will review how this theory and the technology of model tracing led to a generation of cognitive tutors. These tutors were based on extensive cognitive task analyses of programming tasks and mathematical problem solving. They tracked and tutored students as they solved problems in conventional computer interfaces. This technology has evolved to the point where it is used successfully to teach high school mathematics in many schools around the world.

Speech Recognition Mathematical Problem Human Cognition Cognitive Architecture Declarative Knowledge
These keywords were added by machine and not by the authors. This process is experimental and the keywords may be updated as the learning algorithm improves.
This is a preview of subscription content, log in to check access.