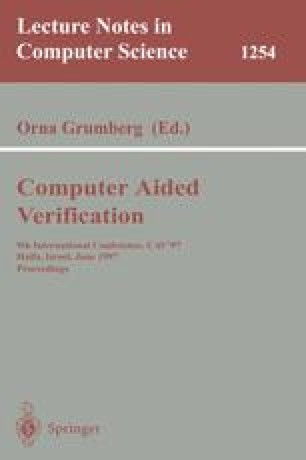 The industrial success of verification tools based on stålmarck's method

Stålmarck's Method is a patented natural deduction proof method with a novel proof-theoretic notion of proof depth, defined as the largest number of nested assumptions in the proof. An implementation of the method, called Prover, has been used as proof engine in various commercial tools since 1990, and is now integrated in a formal verification framework called NP-Tools. Prover searches for shallow subformula proofs, which has proven to be an efficient strategy for solving many industrial problems, the largest of which today consists of several 100,000's of sub-formulas. Stålmarck's method is in industrial use, for instance in the areas of telecom service specification analysis, analysis of railway interlocking software, analysis of programmable controllers and analysis of aircraft systems. The method seems suitable also for hardware verification.

Safety Property Industrial Problem Verification Tool Proof Checker Axiomatic Semantic
These keywords were added by machine and not by the authors. This process is experimental and the keywords may be updated as the learning algorithm improves.
Download to read the full conference paper text