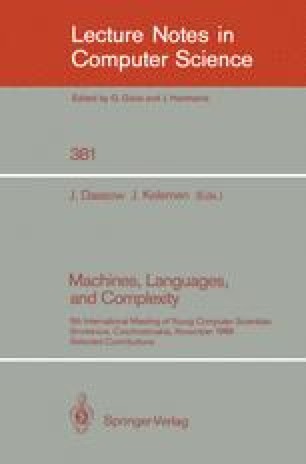 Workshop on Algorithms and Data Structures

A layout is a set of vertically oriented non-intersecting line segments in the plane called bars. The visibility graph associated with a layout is defined as a graph whose vertices correspond to the bars, and whose weighted edges represent the visibility between bars. (Two bars ū and \(\bar v\) are visible for t units, if a rectangle of vertical thickness t can be drawn with opposite sides on ū and \(\bar v\), and without intersecting any other bar.) This paper provides a polynomial time solution to the problem of determining, for a given edge-weighted graph, whether there exists a corresponding layout of bars, and if so constructing such a layout. The problem is first re-expressed as a constrained network flow problem. It is in this domain that an algorithm is developed. Futhermore, the flow formulation permits us to illustrate the proximity of this layout problem to related NP-hard flow problems.

Planar Graph Layout Problem Visibility Graph Vertical Thickness Brute Force Approach
These keywords were added by machine and not by the authors. This process is experimental and the keywords may be updated as the learning algorithm improves.