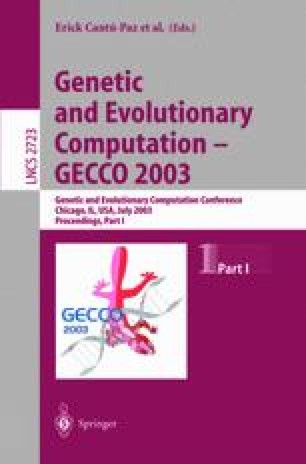 Complex representation in Genetic Algorithms and pattern in real problems limits the effect of crossover to construct better pattern from sporadic building blocks. Instead of introducing more sophisticated operator, a diploid system was designed to divide the task into two steps: in meiosis phase, crossover was used to break two haploid of same individual into small units and remix them thoroughly. Then better phenotype was rebuilt from diploid of zygote in development phase. We introduced a new representation for Hamiltonian Cycle Problem and implemented an algorithm to test the system.

Genetic Algorithm Turing Machine Complex Representation Hamiltonian Cycle Java Code
These keywords were added by machine and not by the authors. This process is experimental and the keywords may be updated as the learning algorithm improves.
This is a preview of subscription content, log in to check access.