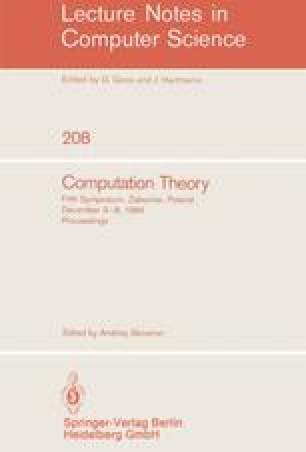 This paper is organised in two parts. In the first part, transition graphs, labelled at nodes, are considered as a general and nevertheless operational semantical setting for analysing some program properties that do not require the definition of the program constructs. Bisimulation, the known behaviour equivalence, is formulated for such transition graphs.

In the second part, a family of formalized languages is considered and its expressiveness with respect to transition graphs is analysed. It is shown that Milner's semantical characterization of logical equivalence can be stated.

Inductive Hypothesis Transition System Boolean Algebra Transition Graph Boolean Formula
These keywords were added by machine and not by the authors. This process is experimental and the keywords may be updated as the learning algorithm improves.
This is a preview of subscription content, log in to check access.