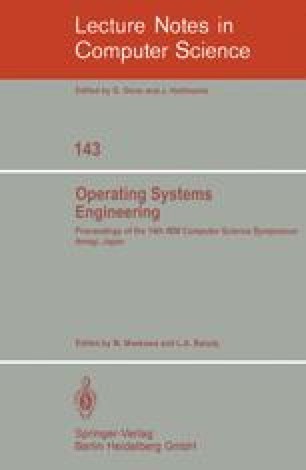 Intelligent console a universal user interface of a computer system

In this paper, we discuss the concept of INC and some of its applications. Although INC is a supplementary method to extend an operating system, it is very useful when we want a new function on a ready-made opetating system. This seems to suggest a method to construct user extensible operating systems.

Control Module Host Computer Assembly Language System Message Flexible User Interface
These keywords were added by machine and not by the authors. This process is experimental and the keywords may be updated as the learning algorithm improves.
This is a preview of subscription content, log in to check access.