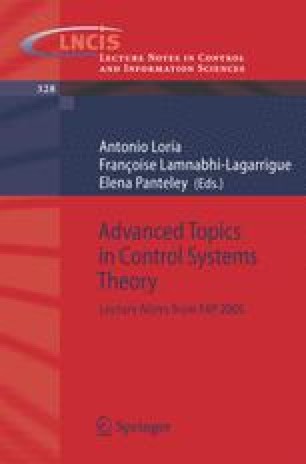 In this appendix we discuss two different deffnitions of uniform global asymptotic stability (UGAS), both used in the literature. In the first one, UGAS is defined to be uniform local stability (ULS) plus uniform global attractivity (UGA). In the second one, it is defined to be ULS+UGA plus uniform global boundedness (UGB). We reemphasize, by means of an explicit example, that UGB is not necessarily implied by ULS and UGA, even for smooth timevarying nonlinear systems where the right-hand side’s derivative with respect to the state is bounded uniformly in time. Thus, the two definitions are truly different for nonlinear time-varying systems.