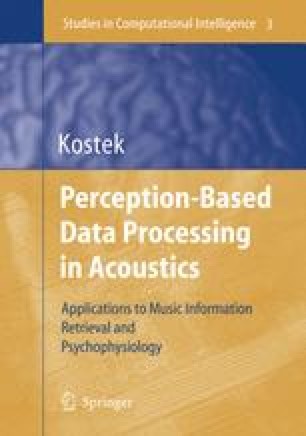 The idea of vagueness (contrary to bi-valent logic) appeared at the end of the 19th century, and was formally applied to the field of logic in 1923 by Russell. A Polish logician ukasiewicz first formulated multi-valued logic in 1930. These research studies were carried out long before the assumptions of fuzzy logic which Lofti A. Zadeh originally defined in 1965 (Zadeh 1965), but thanks to his work multi-valued logic was once more discovered. Later, numerous scientists such as Sugeno (1985), Kosko (1997), Kacprzyk and Feddrizzi (1992), Yager (1992), Yamakawa (1989) and others (Bosc and Kacprzyk 1995; Bose 1994; Dubois and Prade 1999; Dubois et al 2002; Larsen 1980; Mamdani 1977; Mendel 1995; Takagi and Sugeno 1998; Zadeh 1999a; Zadeh and Kacprzyk 1992; Zemankowa and Kacprzyk 1993) worked on the idea and further developed it. Also lately, many research works appeared on the use of fuzzy sets, fuzzy logic, and possibility theory for dealing with imprecise information in database management systems (Fuller 1999; Kuncheva and Kacprzyk 2000; Szczepaniak et al 2003; Yu and Kacprzyk 2003). Both theoretical aspects and implemented systems are discussed within the scope of these studies. Since fuzzy logic theory and its applications are covered extensively in literature, only the main features of this theory will be pointed out here.

Membership Function Fuzzy Logic Hearing Impairment Cognitive Processing Normal Hearing
These keywords were added by machine and not by the authors. This process is experimental and the keywords may be updated as the learning algorithm improves.
This is a preview of subscription content, log in to check access.