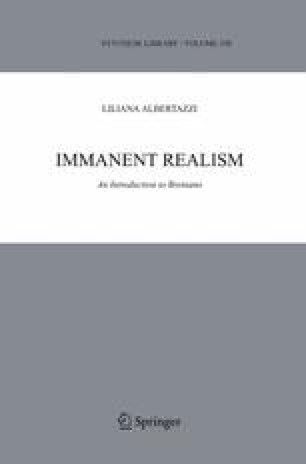 Other writings: Ethics, aesthetics and history of philosophy

It is the general opinion that Brentano’s theories do not constitute a system, and that they do not do so substantially for two reasons: firstly because events in Brentano’s personal life prevented him, at least in part, from giving systematicity to his writings; secondly because it was not his intention to construct a system in the manner of German idealism. However, this is not to say that Brentano did not seek to reconstruct metaphysics on the basis of a very specific point of view – that of the intentional reference given in presentation and the other classes of psychic phenomena – manifest in all his works. Brentano’s endeavour to give a descriptive psychological foundation to metaphysics is also evident in those of his writings where he deals with ethics, aesthetics, language, and law, and which formed further components of his empirical psychology.

Immanent Realism Aesthetic Experience Direct Realism German Idealism Descriptive Psychology
These keywords were added by machine and not by the authors. This process is experimental and the keywords may be updated as the learning algorithm improves.
This is a preview of subscription content, log in to check access.