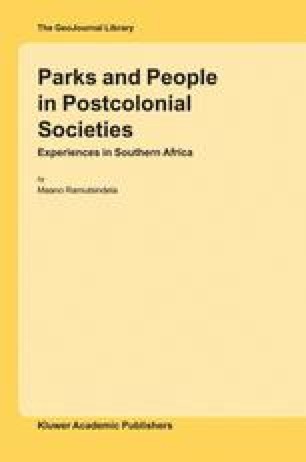 Parks and People in Postcolonial Societies pp 18-37 | Cite as

The Imprint of Imparkation in Southern Africa

As this chapter has shown, national parks in the western world arose from similar concerns and motives, although these gave rise to very different outcomes in other parts of the world. In southern Africa, as we have seen, national parks developed as an integral part of colonial schemes. As we have noted, hunting interests and the development of the necessary legislative instruments influenced the rate at which national parks were established. Political and economic imperatives were generally stronger than ecological concerns. The consequences of all these will be discussed in the next chapter.

National Park National Identity Black People Game Reserve Hunting Ground
These keywords were added by machine and not by the authors. This process is experimental and the keywords may be updated as the learning algorithm improves.
This is a preview of subscription content, log in to check access.