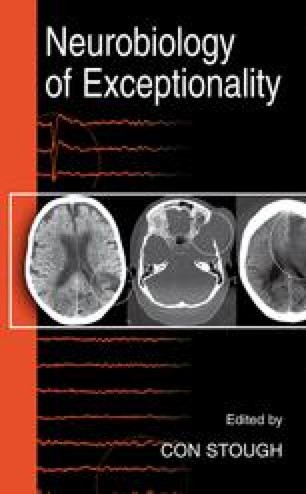 Neurobiology of Exceptionality pp 107-124 | Cite as

This chapter will explore the current literature on the neurobiology of antisociality. The term “antisociality” will be used in distinction to “criminality”, which can refer to behavior defined purely in terms of its legal status. Antisociality and the related terms, psychopathy and sociopathy, refer to the personality traits which are characteristically associated with antisocial behavior. Antisocial behavior will be defined as that which is intended to serve the short-term interest of the actor but is clearly harmful or destructive to the public at large and expressly transgresses against cultural norms and frequently legal strictures. Further, the individual who performs this behavior is fully cognizant of its implications.

Anorexia Nervosa Antisocial Behavior Pathological Gambling Prairie Vole Impulse Control Disorder
These keywords were added by machine and not by the authors. This process is experimental and the keywords may be updated as the learning algorithm improves.
This is a preview of subscription content, log in to check access.