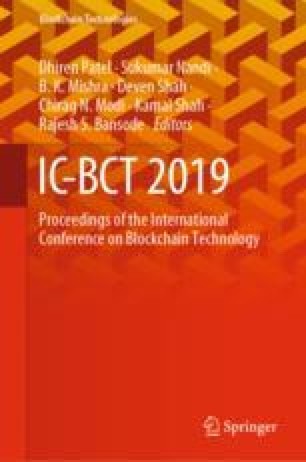 The blockchain supports all kinds of potential for improving digital systems. Frequently, we hear about all the potential of blockchain in reference to economic services and finance systems. But the digital system that could possibly be most enhanced by blockchain is e-voting. Over the progression of the former election cycle, fraud, fake votes, and “system rigging” were widespread. This makes it clear that both conventional paper-based ballot system and the centralized electronic-based voting system have definite apertures creating vulnerabilities and vote manipulation. The blockchain is an immutable ledger, and integrating blockchain technology with a voting system can give the solution to numerous problems faced by modern systems. The motive for e-voting system using blockchain is to facilitate transparency, fairness, and audibility. While the number of voters increases, the time taken to cast vote, i.e., time taken to generate block also increases due to which the throughput of the system decreases. A new system is proposed in this paper, which aims to provide a fast, secure, and transparent voting approach using blockchain.

© The Editor(s) (if applicable) and The Author(s), under exclusive license to Springer Nature Singapore Pte Ltd. 2020