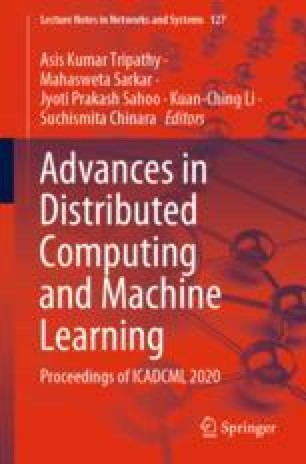 The Royal Mail Ship (RMS) Titanic is the largest liner built in 1912, of the estimated 2224 passengers and crew aboard, more than 1500 died after the ship struck an iceberg during her maiden voyage from Southampton to New York City. The dataset collected from Kaggle has information about the passengers and crew which are P-class, name, age, sex, etc., and can be used to predict if the person onboard has survived or not. In this paper, six different machine learning algorithms are used (i.e., logistic regression, k-nearest neighbors, SVM, naive Bayes, decision tree and random forest) to study this dataset and deduce useful information to know the knowledge of the reasons for the survival of some travelers and sinking the rest. Finally, the results have been analyzed and compared with and without cross-validation to evaluate the performance of each classifier.

Machine learning is a subset of AI that mainly focuses on learning from past experiences and making predictions based on it. Titanic, one of the largest and most luxurious ocean liners ever built on April 15, 1912, was considered unsinkable at that time. The ship carried around 2200 passengers and crew, but it sunk and 1500 passengers and crew died. The dataset was collected from Kaggle regarding Titanic contains many information about the passengers and crew (such as ID, name, age). The information can be extracted, and machine learning can be used to predict who has survived as well as died during the disaster. In this paper, different machine learning algorithms such as logistic regression, k-NN, SVM and naive Bayes, decision tree and forest have been used for prediction of survival of passengers.

Lam and Tang [2] used three algorithm, namely SVM, decision tree and naive Bayes for the Titanic problem. The authors have observed that sex was a significant feature in accurately predicting survival. The best result was 79.43% (in terms of accuracy) by the decision tree algorithm. In a similar way, Balakumar et al. [3] have used three algorithms for the Titanic prediction problem(LR, DT, and RF). It has been found that logistic regression was the best to provide an accuracy of 94.26% with selected features such as P-class, sex, age, children and SibSp. Farag and Hassan [4] focused more on feature selection and concluded that sex is highly correlated to survival and also passenger’s ticket proved to be strongly correlated to survival as well. Out of the two algorithms (naive Bayes, decision trees) used for the Titanic prediction problem, naive Bayes was the best to provide an accuracy of 92.52%. On a different note, Kakde and Agrawal [5] have focused on the preprocessing of data. They have observed that the age was highly influential on the survival rate. Apart from these, parch and sibsp columns are combined to know the family size where if family size becomes greater than three, the survival rate decreases. Four different algorithms (logistic regression, SVM, random forest, decision trees) were used for the Titanic prediction problem, and logistic regression gave the best accuracy of 83.73%.

Singh et al. [6] have observed that the features (P-class, sex, age, children and SibSp) which are selected as more significant are highly correlated to the survival of the passengers. Out of four different algorithms (naive Bayes, logistic regression, decision tree, random forest) used for the titanic classification problem, logistic regression gave the best result in terms of accuracy as 94.26%. Ekinci and Acun [7] have tried with different feature combinations; i.e., some features are added to dataset (such as family size), and some of them were eliminated like (name, ticket and cabin). Different machine learning techniques were used, and the results were compared on the basis of F-measure on the dataset obtained from Kaggle. The best F-measure was 0.82% for voting(GB, ANN, KNN).

Nair [8] used four ML techniques(LR, NB, DT and Rf ) to predict the survival of passengers. The survival rate of the female is observed to be higher than that of the male. Some features are added to dataset (mother, children, family, etc.), and two performance measures are used to compare the results (accuracy and false discovery rate) in which LR proved to be the best for this problem.

The major contribution of work is:

In this work, different machine learning algorithms (i.e., logistic regression, KNN, SVM, naive Bayes) are used to predict whether a passenger will survive or not. Most appropriate attributes selected for training and testing dataset are: P-class, sex, age, SibSp, ParCh, nickname. Here are the brief descriptions of different algorithms used:
Table 1

Snapshot of the dataset before preprocessing

The dataset was obtained from the Kaggle Website. It has three files:

Data Cleaning and Feature Selection: The dataset which is there on the Kaggle Website has twelve features.

Snapshot of the dataset after feature selection

In this paper, the confusion matrix is used as the metric evaluation. Accuracy is a technique to measure how much the model will predict. The model with higher accuracy is a better model. Apart from accuracy to deal improper distribution of data, we have used other parameters like precision, recall, and F1-score. Table 3 shows the results of implementation for different classification models, and Tables 4, 5 and 6 show the results of implementation for different classification models by using K-cross-validation for K equal 10, 5 and 4, respectively. From the results, it can be observed that the data in the dataset is evenly distributed as all the performance measures are giving consisitent results. We have also used k-fold cross-validation to avoid probable fluctuations in the result of classifiers for each random selection of training and testing set.
Table 3

Result for different classifiers for 891 training and 418 testing instances

Results for different classifiers with \(K=10\)

Results for different classifiers with \(K=5\)

Results for different classifiers with \(K=4\)

In this research, we focused on preprocessing dataset and selection features and extracted main information from the name column; the final features selected as a significant feature are (P-class, sex, age, SibSp, ParCh, nickname). Naive Bayes is the best algorithm for the Titanic classification dataset where the accuracy is 98.80% as compared to other algorithms without K-cross-validation, and with using K-cross-validation to different K values equal (10,5,4), we found the accuracy is better when K equals 10 because the instances for training dataset are more than the instances for K equal 5 or 4.

In future, we will use ranking feature selection to extract some meaningful information from dataset and use deep learning algorithms to predict the survival of passengers.

© The Editor(s) (if applicable) and The Author(s), under exclusive license to Springer Nature Singapore Pte Ltd. 2021