Equality in Theory and Practice 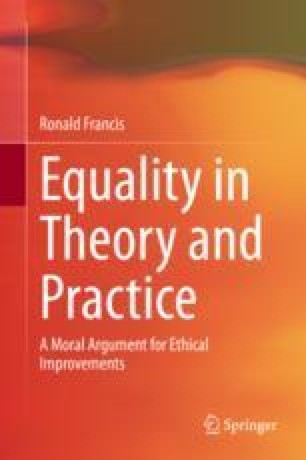 This chapter is entitled ‘Slavery’. As such it takes various forms from killing without sanction to debt slavery. As such it is graded slavery. The various websites are quoted and there is some difference of opinion of slavery due, no doubt, as to what definition is adopted. There is sufficient slavery in the world to constitute a sizeable state. It, rightly, deserves an outright ban, and has such, Nevertheless, it still constitutes a sizeable proportion of the world population. Slavery, it is averred, may be one of several kinds: just as we have quantification in other matters so too do we in this. There are grades of slavery, ranging from total ownership to debt bondage. There is some inconsistency in the websites in their reportage of slavery: that may be due to the adoption of different definition Nevertheless, every country in the world bans slavery, but still some use it.

Cite this chapter as:
Francis R. (2020) Slavery. In: Equality in Theory and Practice. Springer, Singapore