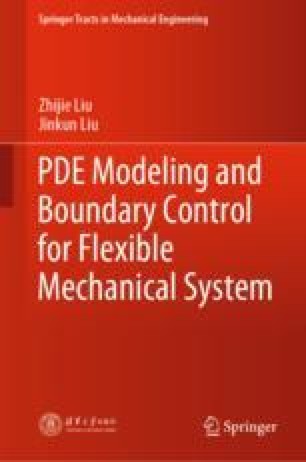 In Chaps.  5– 7, we study the modeling and control design for a flexible aerial refueling hose system during coupling or before coupling but with fixed length of the hose. In practice, the elongation of the hose will seriously affect the dynamics and control performance, which will lead to premature fatigue failure. In this chapter, we will present boundary control design for a flexible aerial refueling hose with varying length, horizontal and vertical speeds. Modeling and control of moving systems have typically been studied [2, 6, 7]. In [5], boundary control schemes are proposed to reduce the vibrations of a stretched moving string, where an iterative learning algorithm is used to deal with the effects of the external boundary disturbance.