Advances in Computer Methods and Geomechanics 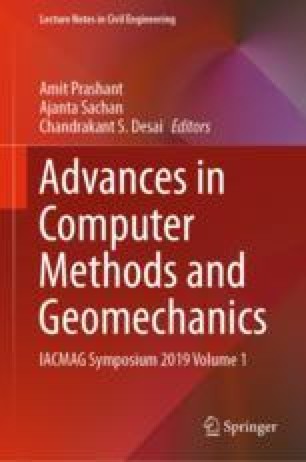 Advances in Computer Methods and Geomechanics pp 29-38 | Cite as

Education as well as health centers with advanced facilities play an important role in the growth and infrastructure development of any city. Past eight to nine decades have witnessed vast development in the infrastructure and these changes can be very clearly seen in Central Part of India namely Indore Region which has seen a lot many educational hubs like IIT and IIM. This region has also seen commercial development marking its importance in the economic development and growth of the region as a whole. To reduce the damage due to seismic activity, site-specific seismic hazarded analysis of these two institutes have been carried out using the probabilistic concepts. The study that has been carried out develops hazard curves and uniform hazards response spectra for three different probabilities of exceedance (50, 10, and 2%) in a span of 50 years. Seven different ground motion prediction equations have been used to estimate the uncertainty in the hazard estimation. To understand the seismic scenario of the earthquake sources, deaggregation of the seismic results has been done. Post deaggregation, it was observed that earthquakes with higher magnitude are contributing more significantly to the seismic activity for both the sites in Indore Region.

The authors would like to acknowledge the valuable inputs given by Prof (Dr.) DeepankarChoudhary, IIT Mumbai, M. ASCE. We also extend our sincere thanks to India Meteorological Department (IMD), New Delhi for sharing the valuable earthquake data for the study area.