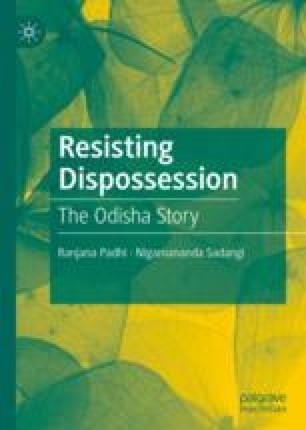 The chapter gives a vivid description of people’s resistance to POSCO, a steel conglomerate from South Korea, in Odisha. Right from the beginning, the villagers devised many forms of protest against land acquisition to protect their livelihood, which is dependent on betel leaf production, paddy cultivation and fishing. Much of the area is protected forest land. The resistance movement faced continuous police violence as it continued to negotiate with the government through dharnas, sit-ins, marches and sending appeals and memorandums. Innumerable police cases were foisted on local people as well as the imposition of a virtual siege that affected mobility of villagers for long periods. The use of bribes, lies and deception and hiring of goons by the police and administration to crush the resistance movement effectively created wide rifts among the people. The United Action Committee, a pro-POSCO lobby, was made to counter people’s resistance. Finally, POSCO quit Odisha in 2017.

When the last tree is cut, the last fish is caught, and the last river is polluted; when to breathe the air is sickening, you will realize, too late, that wealth is not in bank accounts and that you can’t eat money.