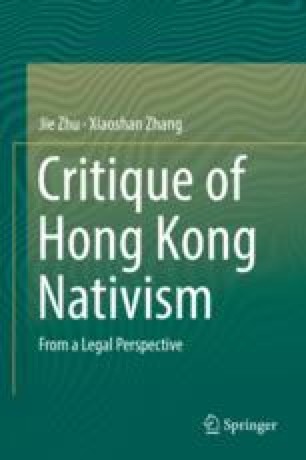 Where Is Hong Kong Nativism Going?

“Is this the Hong Kong we used to know?” One might wonder after the first day of the lunar near year of 2016. The political dispute arose from “Method for Selecting Chief Executive by Universal Suffrage” turned into a long-standing street demonstration in September 2014. Ever since that, street protests took place one after another, and politicians took their chances to show their political stands, which finally leads to a riot at a supposed to be peaceful and joyful time. Behind these street protests and the riot in Mong Kok is the political discourse rife with ideology such as “Hong Kong Nativism,” “Hong Kong Democratization,” “Hong Kong Nation,” and even “Hong Kong Independence.” To put the prefix of “Hong Kong” aside, one could find that these discourse and allegations once was exclusive to Taiwan within the “One China” framework. The drama in Taiwan has not ended yet, while the farce in Hong Kong is already on the stage. “Hong Kong Independence,” an ideology that does not belong to Hong Kong, has now already evolved from furtive snippet into a social trend, a theoretical system, and a political movement. “Anti-Parallel Import,” “Anti-locust,” “Occupy Central,” “Mong Kok Riot,” and other unpredictable incidents have totally changed the civilized, orderly, and prosperous Hong Kong known to us all. Where does “Hong Kong Nativism” come from? Where is “Hong Kong Nativism” going? What ought “Hong Kong Nativism” to be? These questions call for deeper contemplation.