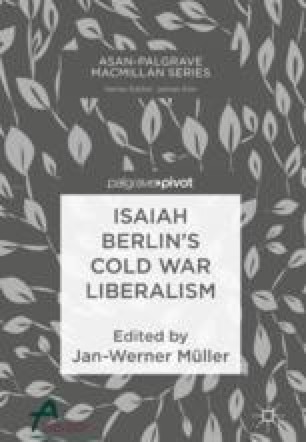 An interpretation of Isaiah Berlin’s liberal pluralism is presented in which his tragic value pluralism is embedded within, and constrained by the other ingredients of, a common moral horizon that gives priority to the value of human survival, to social rules (which may be called natural laws) of decency or justice that are deemed essential to survival, to a minimum core of human rights distributed and sanctioned by such rules, and to a minimum sphere of negative liberty carved out by such basic moral rights. A serious objection is that this interpretation assumes that human survival and human rights are far more important than (and thus rationally comparable with) any conflicting incommensurable values, contrary to the view associated with Berlin’s pluralism that incommensurable values are necessarily incomparable so that any conflict between them cannot be rationally resolved. But the objection is unpersuasive because, whatever Berlin’s idea of incommensurable values is (and his idea remains ambiguous), incommensurability cannot properly be reduced to incomparability: reasonable comparisons of incommensurable values are possible under plausible forms of incommensurability whereas incomparability is arguably an extreme form that tends to disappear with increasing information about competing values. It needs emphasis, however, that Berlin’s writings are marked by various ambiguities and inconsistencies, which require further critical discussion on another occasion.

This paper was prepared for the ASAN Institute on the basis of a power point presentation given at its conference on Isaiah Berlin and Cold War Liberalism held in Seoul, Korea on August 13–14, 2012. The paper reflects a significant change in my views since the conference. I am especially grateful to Henry Hardy for making available to me, and for allowing me to quote from, some of Berlin’s letters that have subsequently been published in Isaiah Berlin, Affirming Letters, 1975-1997, eds. Henry Hardy and Mark Pottle (London: Chatto & Windus, 2015). For helpful comments on an earlier draft of the paper, I thank Hardy and Jan-Werner Müller, the editor of this volume. For the invitation to participate in the ASAN conference, I thank Hahm Chaibong, Director of the ASAN Institute. I also thank the conference participants for discussion of my power point presentation. Responsibility for the views expressed remains mine alone.