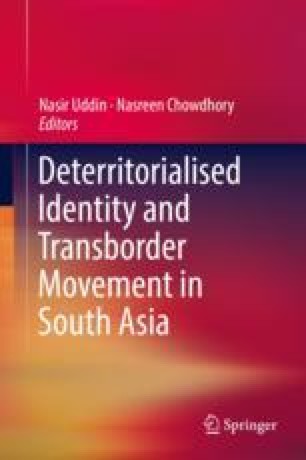 The chapter attempts to address the research questions: How has an open border between Nepal and India been beneficial to the people of the two countries? What are the challenges and issues posed by a practice of an open border in terms of national security? The objectives include an analysis on interconnectedness of people beyond the geographical territory and the exploration of outstanding issues created by an open border following security threats. The statements made by the experts and leaders having a substantive knowledge on open border will be used as the primary source of information along with unstructured interviews of purposively selected respondent. Talking on the geostrategic location, Nepal is surrounded by India to the West, East and the South except the North. The chapter argues that a practice of an open border between the countries has been remaining since the time immemorial. People from two countries take benefit from an open border in terms of employment opportunities and free mobility without any legal restrictions. Sociocultural integration between the people of two countries seems in intact right from the beginning. Despite the fact, the illegal factors such as smugglers, terrorists and criminals have been posing challenges to the open border taking benefits of the natural openness of the border. The trafficking in girls and women, the mobility of fake Indian currency and explosive substances have challenged to the existing security system. The infiltration of illegal elements is really detrimental to the national security and integrity of the country. In the age of globalisation, the borders cannot be sealed off but can be regulated through mutual and shared liabilities to inject fresh momentum on natural flow and inflow of people from one country to another practically.