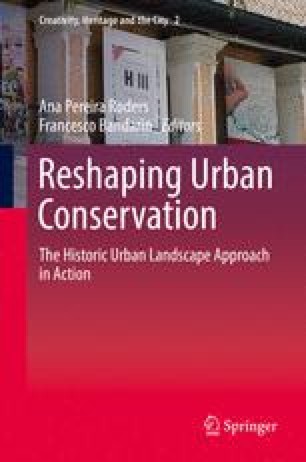 Chapter
Part of the Creativity, Heritage and the City book series (CHC, volume 2)

This chapter discusses the urban challenges experienced by Lamu Old Town, a World Heritage site in Kenya. The paper reviews the interventions being undertaken jointly by Government of Kenya, the National Museums of Kenya, the County Government of Lamu and its predecessor the County Council of Lamu in trying to safeguard the Outstanding Universal Value while also enhancing the attributes and functionality of the historic old town as it struggles to meet the challenges associated with urban growth and development. The chapter highlights the potential of Historic Urban Landscape tools in enhancing the future development of the town.

Lamu Old Town is regarded as the oldest and best preserved of the Swahili settlements in East Africa, and it still retains its traditional character and functions. The town received national recognition in 1986 and was subsequently inscribed on the UNESCO World Heritage list in 2001. Over the last 10 years, Lamu Town has experienced an inordinate population increase resulting from an influx of immigrant job seekers. The ensuing high demand for housing has resulted in the development of informal settlements around the old town, which now impacts negatively on the character and attributes of the town. Mega infrastructural developments earmarked for development within the precincts of the adjacent mainland coastline also pose a threat to the integrity of the old town.

Previous partnerships on the implementation of the UNESCO supported programmes on Historic Urban Landscapes have enabled site managers to argue for the integration of conservation initiatives into the broader development agenda of the county government. In order to enhance the quality of life within the town for both visitors and residents, the County Government of Lamu (CGL) has initiated a number of ongoing infrastructural improvement projects. The projects include paving of open public spaces, pedestrian walkways and provision of street lights.