Selected Topics on Archaeology, History and Culture in the Malay World 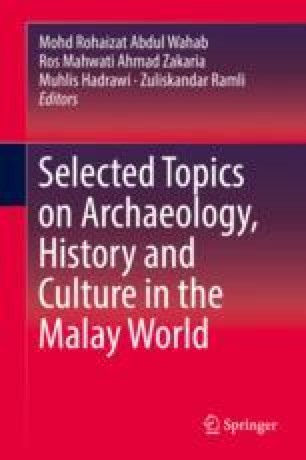 Selected Topics on Archaeology, History and Culture in the Malay World pp 171-187 | Cite as

Review of Floods in Negeri Terengganu: Implications and Adaptation to Climate Variation

The Northeast Monsoon floods are reportedly increasing every year in the monsoon season in Negeri Terengganu. To reduce the problem of flooding in the region, flood control measures have been implemented by the parties involved. However, flooding has not been minimized so far, even though the flood situation is getting worse every year. From that, there are many unanswered questions: (1) what the type and pattern of variation are during the Northeast Monsoon flooding; (2) what the relationship is between monsoon flooding events, monthly rainfall, and the Southern Oscillation Index (SOI); and (3) what the appropriate measures are to reduce flooding based on a scenario of climate variation. Therefore, this study aimed to identify variations of flood events; identify the relationship between rainfall events, flooding, and the SOI; and introduce measures of adaptation and adjustment of flood control based on current climate variation scenarios. Two types of method were used: a quantitative method for numerical data collection and analysis; and an expert qualitative assessment of flooding to ascertain perceptions of flood management in Malaysia. The results at Jambatan Jerangau station were more extreme than those at Kampung Menerong station. The monsoon flood event in the study area was more influenced by the rainfall of December. The flooding at Kampung Menerong station was more affected by climate variation, and that at Jambatan Jerangau station was more influenced by land use. Variations in climate phenomena (El Nino and La Nina) and aspects of variation in climate change caused by global warming affected the incidence of extreme floods. Therefore, understanding of climate variations and changes that affect flooding is very important in order to create more comprehensive control measures.