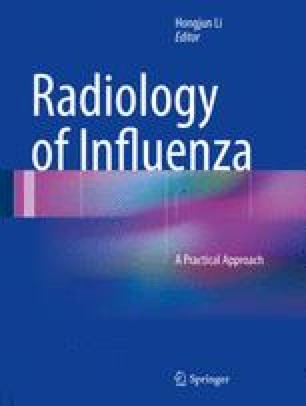 On May 6, 2014, throat swab of 1 patient with severe pneumonia showed positive to nucleic acid of H5N6 avian influenza virus in Nanchong, Sichuan, China. Further examination and test by CDC of China proved that the virus is H5N6 subtype of avian influenza virus. The patient reported a history of contact to dead poultry and was clinically diagnosed with acute severe pneumonia. And after emergency rescuing procedures, death still occurred in this patient and this is the first case of human infected H5N6 avian influenza worldwide.

On Dec. 23, 2014, the second case of human infected H5N6 avian influenza worldwide, also the first case in Guangdong province of China, was reported by the Provincial Health and Family Planning Commission in Guangdong. The patient, a 58-year-old man, bought a living chicken in a market and got caught in the rain all the way home on Dec. 22, 2014, and then the symptoms occurred. On the same day, further examination and test by CDC of China proved nucleic acid of H5N6 avian influenza virus positive. On the following day, consultation and analysis by experts group organized by the National Health and Family Planning Commission of China, in combination to the clinical manifestations, laboratory tests and epidemiological history, the diagnosis was defined to be human infected H5N6 avian influenza. After active therapies in designated hospital of Guangzhou for more than 1 month, the patient was exempted from quarantine and expected to be discharged in recent days.

A 50-year-old man was hospitalized on Apr. 21, 2014 due to chief complaints of fever and cough for 8 days, dyspnea and bloody sputum for 1 day. At d 8 prior to his hospitalization (Apr. 13, 2014), he began to experience aversion to cold, fever (body temperature not reported), systemic soreness and runny nose. He then paid a visit in a local clinic and received oral intake of Chinese patent medicine for cold. However, his condition showed no obvious improvement. On Apr. 18, 2014, his symptoms obviously aggravated, with cough, aversion to cold, fever, systemic soreness, headache and accompanying poor appetite and malaise. After treatment by Compound Amionpyrine Antipyrine Injection and dexamethasone, his condition still showed no improvement. On Apr. 19, 2014, he began to experience abdominal upset, dyspnea, shortness of breath after physical activities, and expectoration of a little bloody sputum. On the following day, chest X-ray showed large consolidation in the left lung and nodular patches of opacity in the right upper lung. By the test of CDC in Nanyun, Sichuan province on Apr. 21, 2014, the nucleic acid of H5N6 avian influenza was shown positive. And death finally occurred on Apr. 22, 2014 after emergency rescuing procedures. By physical examination on admission, the body temperature was 37.3 °C, heart rate 96/min, breathing rate 30/min and blood pressure 106/74 mmHg. He showed complexion of acute disease, good consciousness, and poor spirits. By percussion, dull sound of the left lung and a little sporadic fine moist rales; while clear breathing sound of the right lung and no dry or moist rales. No other positive signs found. The patient was a farmer who had raised and saled poultries (including chickens and ducks) for a long time. He reported recent deaths of his poultries and a history of cooking and eating them. By routine blood test, WBC count 1.48 × 109/L, GR% 82.4 %, and LY% 12.8 %. By arterial blood glass analysis, PO2 55.0 mmHg, PCO2 34.0 mmHg, SaO2 91.0 %; CRP 252.00 mg/L, PCT 3.600 ng/ml. By blood biochemistry, AST 84.4U/L, and Cr 70.8 μmol/L. On May 6, 2014, the tests by the National CDC of China further proved the diagnosis of human infected H5N6 avian influenza.

In this case, the patient was the first case of human infected H5N6 avian influenza worldwide, with acute onset and rapid progression. His clinical manifestations were characterized by:
The radiological demonstrations are characterized by:

A 59-year-old man was hospitalized due to fever for 14 days and shortness of breath for 9 days. Fourteen days prior to his hospitalization, he began to experience fever with his body temperatures fluctuating between 39 and 40 °C and aversion to cold. After oral intake of Compound Pseudoephedrine Hydrochloride tablets by himself, his condition failed to be improved. He experienced no cough, expectoration, hemoptysis, chest distress and pain. Eight days prior to his hospitalization (d 6 after onset), his condition aggravated and he paid his clinic visit in a local hospital. He was preliminarily diagnosed with bacterial infection and given anti-infection therapy (details not known), with poor therapeutic efficacy. Chest X-ray in the local hospital showed multiple infections in both lungs. Routine blood test showed WBC count 6.6 × 109/L, GR% 91.6 % and LY% 15.6 %; PCT 1.21 ng/ml. Tablets of Ceftazidime and Moxifloxacin Hydrochloride were prescribed to fight against infections, and non-invasive mechanical ventilation was ordered. Six days prior to his hospitalization (d 8 after onset), the patient showed aggravation of shortness of breath, with SPO2 level of 50–70 %. Assisted ventilation via tracheal intubation was then ordered. Meanwhile, throat swab showed nucleic acid of H5 subtype of avian influenza virus positive, fungi positive (++++) in feces, and fungi positive in phlegm, which indicated highly pathogenic human infected avian influenza and severe pneumonia. Medications of Imipenem, Oseltamivir and Ethylprednisolone Sodium Succinate were prescribed, but showing poor therapeutic efficacy. The patient had a medical history of colon cancer 1 year ago, which was treated by sigmoidectomy in another hospital with following 4 sessions of chemotherapy. Reexamination 2 months ago in that hospital indicated no relapse of cancer. More than 30 years ago, the patient had a medical history of pulmonary tuberculosis, which was cured. By physical examination, the body temperature 36.6 °C and SpO2 95 %; assisted ventilation via tracheal intubation; weakened fremitus vocalis by palpation; dullness of both lungs by percussion; weak breathing sounds of both lungs and moist rales of both lower lungs by auscultation. He reported a history of buying a living poultry in a market that provided slaughtering service.

In this case of human infected H5N6 avian influenza, poorly defined patches of opacity and consolidation were radiologically revealed, multiple and sporadic, which were exudative lesions. These lesions mainly distributed in the middle and lower lung fields, with both lungs involved, and progressed rapidly, with fusion and extension within a short period of time. And the area with consolidation enlarged to involve multiple lobes and segments of both lungs. These radiological findings are in consistency with literature reports about pneumonia induced by avian influenza virus. On d 14 after onset, CT scan showed pleural effusion in a small quantity, which rarely occurs in the cases of SARS and other avian influenza virus pneumonia. Meanwhile, by deep phlegm culture, acinetobacter baumannii was positive, which may be the reason for pleural effusion. After that, anti-inflammatory treatment was strengthened, and the lesions were gradually controlled and improved.

Radiologically, the disease should be differentiated from bacterial pneumonia, mycoplasma pneumonia and SARS. In the cases of human infected H5N6 avian influenza, the poorly defined patches of opacities distribute in both lungs, with multiple lesions and rapid progression. However, bacterial pneumonia is characterized by limited segmental consolidation and increased WBC count in peripheral blood. Prevalence of mycoplasma pneumonia is seasonal and is more common in children, with lesions in one lung and possibly in both lungs. By radiological follow-ups, the lung lesions in the cases of mycoplasma pneumonia hardly change within a short period of time. And its differential diagnosis from other infectious viral pneumonia is mainly based on epidemiological history and etiological examination.