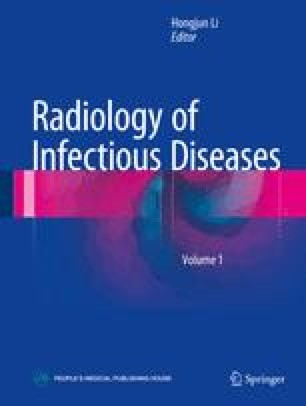 Past, Present, and Future of Infectious Diseases

Influenza Virus Avian Influenza Swine Influenza Virus Scarlet Fever Amebic Dysentery
These keywords were added by machine and not by the authors. This process is experimental and the keywords may be updated as the learning algorithm improves.
Download chapter PDF

1. All data in the table is based on the nationally reported definitive cases in China in the year 2012 in sequence of occurrence time (with no inclusion of data about foreigners living in China and data about Hong Kong, Macao, and Taiwan)

2. The total number of reported cases and death cases of viral hepatitis comprises hepatitis A, hepatitis B, hepatitis C, hepatitis E, and hepatitis of undifferentiated type

3. “/” indicates the absence of data or denominator of zero that is unable to calculate

4. The demographic data is from those of permanent residents in China in 2011 provided by the National Bureau of Statistics of China in 2012

In recent years, great progresses have been achieved in the field of genome of pathogenic microorganisms. By May 2001, whole-genome sequencing of approximately 600 strains of viruses had been completed, among which about 76 strains are related to human being. In addition, the development of new vaccines has been progressing rapidly. The traditional vaccines like bacteria killed vaccines and bacteria inactivated vaccines have been giving way to the new generation of vaccines, such as subunit vaccine, genetic engineering vaccine, and nucleic acid vaccine (DNA vaccine). As is known, the traditional vaccines cannot effectively induce cellular immune response in the human body, while nucleic acid vaccine can induce both humoral immune response and cellular immune response, serving as an effective way to the prevention and treatment of some infectious diseases like tuberculosis and AIDS. With the rapid development of medicine, the pathogenic mechanism can be analyzed and discovered from integral level, cellular level, and even molecular level. In addition, standardized procedures for diagnosis and detection of pathogenic microorganisms have been established, including PCR, nucleic acid hybridization, and gene chip. An international surveillance network of the pathogens and their infections and drug resistance has been built to play a role in early warning. Based on these developments, we believe that the incidences of most infectious diseases can be controlled at a low level, and some infectious diseases can be completely eliminated. In the twenty-first century, the changes of human lifestyle have profound impact on the occurrence and development of infectious diseases. Therefore, the prevention and control of infectious diseases will face new challenges, and we have to put arduous efforts to eliminate or control infectious diseases.