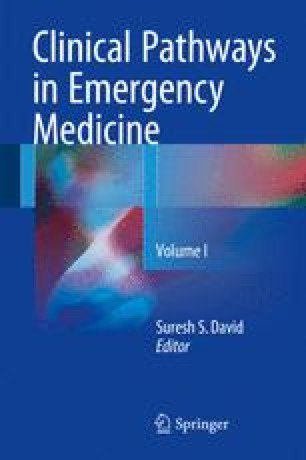 Since the identity of the respiratory pathogen is not known at the time of admission, emergency department personnel and intensive care staff are at the highest risk of exposure while handling such patients.

Over the last two decades, there has been an increase in the incidence of emerging and remerging respiratory viruses, primarily of zoonotic origin, capable of causing respiratory infections of pandemic proportions.

The leading pandemic of the new millennium was that of a novel coronavirus called severe acute respiratory syndrome coronavirus (SARS-CoV). It originated in the live game markets in the Guangdong province of southern China in the late 2002 and affected about 8,096 people in over 30 countries, of which 774 died till early 2004 [1]. Palm civets sold in these markets are considered as the source of this infection.

Swine flu is the popular name of the relatively new strain of influenza A/2009/H1N1 that caused a pandemic which began in Mexico and spread rapidly from there across the world in 2009–2010. More than 600,000 laboratory-confirmed cases were reported from more than 200 countries worldwide as of March 2010 with a total of 18,449 deaths as reported by the World Health Organization (WHO) in August 2010 [2]. This is considered an under-representation of the actual numbers as many deaths were never tested or recognized as influenza related [2]. Meanwhile new cases of H1N1 are being diagnosed worldwide including India in 2014.

The WHO estimates a total of 676 laboratory-confirmed human cases of avian flu (H5N1) infection and 398 related deaths in 16 countries from 2003 to 2014 [3]. Avian influenza viruses are divided into the high pathogenicity H5N1 virus with 100 % mortality in the poultry and low pathogenicity H7N9 viruses not associated with severe disease in poultry. Cases of H7N9 are reported mainly from the People’s Republic of China.

The most recent respiratory illness was first reported in Saudi Arabia in 2012 and is of a new strain of coronavirus called the Middle East respiratory syndrome coronavirus (MERS-CoV) that shares a genetic relatedness to a similar virus found in camels. By June 2014 there were around 699 laboratory-confirmed infections with 209 deaths [4]. The majority of these cases were from the Middle East countries with few cases in the USA, Europe, Malaysia and the Philippines in Asia.

Adaptation of the viruses by mutation or reassortment leading to an ability to cross the species barrier into humans, the capability to become established in humans and a sustained ability to pass from one human to the other are the three features needed to cause an infectious disease of epidemic proportions. Combine this with the increased mobility of individuals across the world; transfer of these infections from one part of the globe to the other can take place in a relatively short period of time.

Direct lysis of the host cells is one of the mechanisms of host tissue damage. More important are the indirect consequences of the host immune response which get disrupted, tipping the balance from being favourable to an exaggerated and destructive host immune response leading to an outpouring of pro-inflammatory chemokines and cytokines termed as ‘the cytokine storm’ [5].

Cytokines like tumour necrosis factor alpha (TNF α), interleukin 6 (IL-6), IL-1β and IL-8 play a major role in tissue damage [5]. Of this IL-1β has been found to be the main cytokine in the broncho-alveolar lavage (BAL) fluids of patient with lung injury [5].

The net result is local diffuse damage to the alveoli (acute lung injury – ALI) due to increased arrival of leucocytes, dilatation of blood vessels and tissue oedema and can swiftly progress to the more severe acute respiratory distress syndrome (ARDS). Spillover of these cytokines into the systemic circulation leads to multisystem organ failure and finally death.

There is a considerable overlap in the clinical presentation by the common respiratory viruses and other atypical causes of community-acquired pneumonia making arousal of suspicion in the treating physician of an emerging epidemic virus unlikely. Hence suitable samples may not be collected at the appropriate time leading to misdiagnosis and a delay initiation of therapy.

Considering the rapid spread of virus in the past within hospitals and community, methods to rapidly identify infected cases are of utmost importance.

Healthcare personnel should be on high alert in the present global climate for any clustering of similar cases. Picking up a probable epidemic early in its course may limit the spread of the infection within the hospital and the community.

Treatment is largely supportive for uncomplicated cases, also bed rest and maintenance of hydration, in addition to analgesics and antipyretics. Severe cases require supportive measures including ventilation and antibiotics for secondary bacterial infections.

Oftentimes, emergence of an infection of pandemic potential is not routinely expected by physicians and staff in their regular days’ work. But going by the past experience especially in case of SARS-CoV, healthcare personnel were the ones at high risk of infection given the close proximity to the patient. Hence it is important that all staff follow the standard contact and droplet precautions for any case suspected to have a respiratory infection.