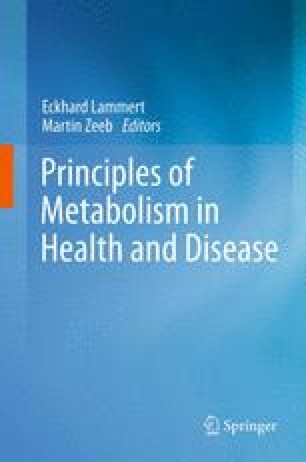 Community-acquired pneumonia (CAP) is a leading cause of morbidity and mortality in the world, with an annual incidence ranking from 1.6 to 10.6 per 1.000 people in Europe. The incidence is age related, peaking over 65 years. Up to 75 % of CAP patients with pulmonary diseases need hospitalization, and up to a 10 % of these are admitted to an intensive care unit (ICU) due to complications like sepsis, septic shock, and acute respiratory distress syndrome (ARDS) [1–3]. Up to 8 % of CAP patients die within 90 days of disease onset; 21 % die within a year [4] making CAP the most frequent cause of death from infection in Europe and the third most common cause of death in general [5]. Mortality is highest in ICU patients.

Acute Respiratory Distress Syndrome Intensive Care Unit Patient Mycoplasma Pneumoniae Coxiella Burnetii Intrapulmonary Shunt
These keywords were added by machine and not by the authors. This process is experimental and the keywords may be updated as the learning algorithm improves.
Download chapter PDF

Community-acquired pneumonia (CAP) is a leading cause of morbidity and mortality in the world, with an annual incidence ranking from 1.6 to 10.6 per 1.000 people in Europe. The incidence is age related, peaking over 65 years. Up to 75 % of CAP patients with pulmonary diseases need hospitalization, and up to a 10 % of these are admitted to an intensive care unit (ICU) due to complications like sepsis, septic shock, and acute respiratory distress syndrome (ARDS) [1, 2, 3]. Up to 8 % of CAP patients die within 90 days of disease onset; 21 % die within a year [4] making CAP the most frequent cause of death from infection in Europe and the third most common cause of death in general [5]. Mortality is highest in ICU patients.

Valid sputum can be collected from about 40 % of patients and the Gram stain allows diagnosis in 80 % of patients [10]. The Infectious Diseases Society of America guidelines recommend that the sputum specimen must be obtained before the initiation of antibiotic therapy in inpatients. Additionally, blood culture testing is recommended in all patients with severe CAP, showing cavitary infiltrates, leukopenia (decreased numbers of leukocytes), alcohol abuse, chronic severe liver disease, or asplenia (disturbed spleen function). Bronchoalveolar lavage to obtain fluid from a small part of the lung via bronchoscopy is suitable for patients with life-threatening CAP or worsening pneumonia despite antimicrobial therapy. Urinary antigen determination may detect Legionella pneumophila and S. pneumoniae. Serum biomarkers like C-reactive protein (CRP) and procalcitonin (PCT) may be used as indicators of bacterial infection [11, 12, 13].

The pathophysiology of CAP involves both host defense and microbial virulence factors. Constant exposure to contaminated air and frequent aspiration of nasopharyngeal flora make lung parenchyma susceptible to virulent microorganisms, commonly reaching the lower respiratory tract as inhaled and contaminated microdroplets. Mucociliary clearance and cough reflex are important initial defenses against infection and can be inhibited by neurologic diseases and conditions that impair the mucociliary mechanism [6, 8].

Most CAPs are bacterial in origin and often follow brief viral upper respiratory tract infection. There are two main mechanisms to acquire pneumonia. Firstly, inhalation causes pneumonia due to microorganisms that can remain suspended in air and evade local host defenses. In addition, aerosolization is the route of infection by intracellular bacteria such as Mycoplasma pneumoniae, Chlamydophila spp., Coxiella burnetii, and Legionella pneumophila [6, 8, 9]. Secondly, aspiration of oropharyngeal flora can cause CAP. The ability of virulent bacteria such as Streptococcus pneumoniae, Staphylococcus aureus, Pseudomonas aeruginosa, and Klebsiella pneumoniae to colonize the oropharynx is determined by the interaction of specific microbial adhesins with cellular receptors. For example, components of the extracellular matrix (ECM) such as fibronectin in oral mucus promote the adherence of viridans streptococci. In contrast, salivary fibronectin prevents colonization by Gram-negative bacilli, and decreased levels of fibronectin due to alcoholism, diabetes, malnutrition, and other severe comorbidities might contribute to an increased CAP risk. The presence of local immunoglobulins, particularly immunoglobulin A (IgA), complement, and normal flora also prevents colonization of the oropharynx by virulent organisms [6, 8, 9].

Previous studies in animal models of pneumonia [15] and in humans [16] have demonstrated that the most common pattern of VA/Q mismatching is a combination of both intrapulmonary shunt and mild to moderate areas of low ventilation-perfusion (VA/Q) ratios. Pulmonary hypoxia (i.e., low O2 levels in the lung) causes vasoconstriction to avoid perfusion of non-ventilated alveoli and redistribution of the blood flow to better-ventilated lung areas. This response is often blunted in CAP patients (causing intrapulmonary increased shunts and decreased VA/Q ratios) due to local release of vasodilatory prostacyclins.

Prolonged systemic inflammation and bacterial translocation to the blood cause sepsis (see chapter “ Sepsis”), a common consequence of CAP. Impaired tissue oxygenation, as commonly occurs in CAP, is a major mechanism of organ failure in sepsis [17, 18].

The host response to sepsis is characterized by both pro- and anti-inflammatory responses (see also chapter “ Overview” under the part “Immune system”). The extent and duration of these reactions are determined by host factors (age, comorbidities, medications, and genetic characteristics) and pathogen factors (microbial load and virulence) [17, 19]. Proinflammatory reactions directed at eliminating invading pathogens are thought to be responsible for collateral tissue damage. In contrast, anti-inflammatory responses are important to limit tissue injury, yet enhance susceptibility to secondary infections.

CAP treatment is still largely empirical because of the difficulties to detect the infective pathogen(s) from lung samples and should follow an approach according to the individual risk of mortality [6, 9]. Although the most common bacterium identified in CAP patients is S. pneumoniae, other microorganisms (see above) are frequently involved, dependent on the place of care (see Table 1).
Table 1

Eradication of the causative microorganism is the most common and effective treatment option, and thus, antibiotic treatment should be initiated as soon as possible after diagnosis. In patients with CAP and septic shock, delay must not be more than 1 h after diagnosis [6, 11, 20]. The severity of the disease implies a decision about the most appropriate treatment setting (ambulatory, hospital ward, or ICU) and antibiotic used according to European guidelines [20].

In a responding patient, the duration of treatment should generally not exceed 8 days, because longer treatment days may increase bacterial resistance. The serial use of serum biomarkers, particularly PCT, may guide even shorter treatment duration, because PCT levels correspond to response to treatment.

Multidrug resistance (MDR) represents an emerging problem in CAP because of the increasing number of residents living in health-care facilities [21]. The empirical treatment of health-care-acquired pneumonia (HCAP) is still controversial. The current trend is to use risk factors to suggest MDR or “different to treat pathogens” as P. aeruginosa, S. aureus MR, or Enterobacteriaceae [22, 23].

Recently, it has been proposed that the use of aerosolized vasodilators may benefit patients. Inhaled nitric oxide (NO) has been shown to improve pulmonary gas exchange in patients with acute respiratory distress syndrome (ARDS) due to vasodilatation in ventilated lung areas where exogenous NO has easy access. As a result, blood flow is redistributed from non-ventilated to ventilated alveolar units, thereby reducing intrapulmonary shunts. Inhaled low doses of NO thus improve arterial oxygenation allowing to gain time for the effect of antibiotics [24].

Influence of Treatment on Metabolism and Consequences for Patients

Although the inflammatory response in CAP is compartmentalized to the lung, most cytokines can be detected in the systemic circulation, such as interleukin (IL)-6, interleukin-8, and interleukin-10 and tumor necrosis factor-α (TNF-α). However, they decline in the first 48 h of treatment (except TNF-α) [25], correlating with the time to clinical defervescence (i.e., departure of fever).

High levels on admission of IL-6 as well as levels of IL-6 and IL-8 in the first 48 h were significantly higher in patients requiring ICU admission and those who died [26]. CAP patients with pneumococcal infection receiving combination therapy, a β-lactam antibiotic plus a fluoroquinolone antibiotic (e.g., a cephalosporin plus levofloxacin; see Table 2), show a faster decrease in IL-6 [25, 26], recommending this treatment option.
Table 2

Mortality in hospitalized pneumonia patients is often associated with cardiac complications such as cardiac insufficiency, arrhythmias, and myocardial infarction [27]. The reasons for this are still unclear, but could be explained by the persistent residual inflammation found in these patients.

Corticosteroids are powerful inhibitors of inflammation, reducing the levels of TNF-α, IL-1β, IL-8, and IL-6 and thus recruitment of inflammatory cells into the alveolar space. Additionally, they can ameliorate the insufficient adrenal response in patients with severe CAP and septic shock [4, 6, 20].

LMWH should be given to patients with acute respiratory failure in order to inhibit coagulation (see chapter “ Overview” under the part “Blood”), a major pathophysiological event in severe CAP. LMWH are used as prophylactic means to prevent pulmonary thromboembolism [20].

The use of NIV (meaning ventilatory support through the patient’s upper airway using a mask or similar device) is not yet the standard care, but often used in patients with COPD to treat acute hypercapnic respiratory failure (meaning the failure to eliminate CO2 properly) [6, 20].

Statins have pleiotropic effects (see chapter  43) showing immunomodulatory, anti-inflammatory, antithrombotic, and direct antimicrobial action. Interestingly, patients receiving statins at the time of CAP onset were less likely to develop sepsis and associated mortality. The beneficial effect of statins in CAP patients might also be attributed to their prevention of acute coronary syndrome and myocardial infarction, which are common in CAP, yet further research on their mode of action is needed.

Although mortality of hospitalized CAP has decreased in recent years, further improvement is required, especially in the area of clinical practice and pathophysiological research. To reduce hospital mortality, a system to quickly detect CAP, evaluate its severity, and identify infectious microbes is required for quick intervention and administration of adequate antibiotics. This is of particular importance in MDR pathogens that already represent 6–10 % of cases of CAP. Measurement of biomarkers, such as PCT and pro-adrenomedullin, will be crucial to determine severity and prognosis as well as to monitor treatment.

Research into the relationship between inflammation and cardiac complications in CAP will allow to set up appropriate therapeutic strategies to decrease mortality and complications of CAP. Finally, better and careful follow-up of CAP patients after discharge will reduce long-term mortality.