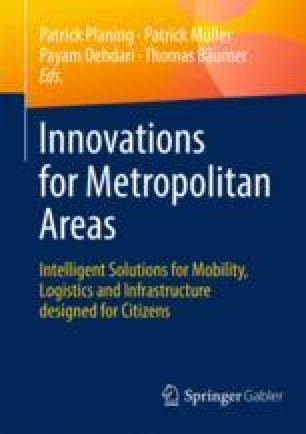 Development of an Eco-Routing App to Support Sustainable Mobility Behaviour

Metropolitan regions are of particular importance in Europe, representing engines of social, economic and cultural development. Metropolitan regions further combine important functions such as political and economic institutions. In addition, they act as a motor for innovation and competition, a hub for exchanging knowledge and information, and play a symbolic role of culture(‐economics) in the broadest sense (Blotevogel 2002).

Since metropolitan regions are interrelated, their economic power leads to a high volume of traffic (Rhenish‐Westphalian Institute for Economic Research 2010). In German metropolitan regions, more people are mobile every day than in big cities or medium‐sized or small towns. The travelling time and distances per person and day are all higher (Eggs 2019).

The spatial structure of metropolitan regions leads to intensive commuter networks. Put simply, the separation of functions, such as living...