Making the History of Computing Relevant 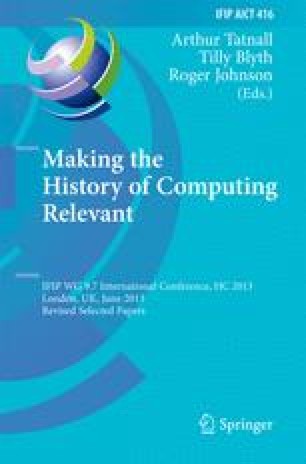 “The Internet: A Belgian Story?” The Mundaneum

Creating a New Forum to Debate the Internet Issue in the French-Speaking Part of Belgium
Conference paper
Part of the IFIP Advances in Information and Communication Technology book series (IFIPAICT, volume 416)

Today the Mundaneum in Belgium is an archives centre and a museum. But the origins of the Mundaneum go back to the late nineteenth century. Created in Brussels by two Belgian jurists, Paul Otlet (1868-1944), the father of documentation, and Henri La Fontaine (1854-1943), Nobel Peace Prize, the project aimed at gathering the entire world’s knowledge to file it using the Universal Decimal Classification system that they had created. Today their work is interpreted as the first paper search engine in History. The cultural project of the institution is both aimed at highlighting the heritage and questioning the future of access to knowledge.