Bioengineering in Cell and Tissue Research 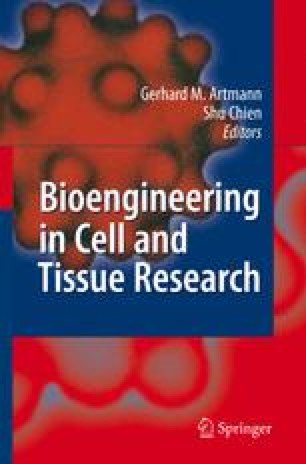 Bioengineering in Cell and Tissue Research pp 625-639 | Cite as

The increased density of our living environment coupled with pollution of the atmosphere has led to a growing need for the removal of harmful molecules in the air (1). As a result research into applying a plasma discharge into the atmosphere and creating ozone and radicals of strong chemical reactivity to purify the air environment has gathered momentum. The removal of airborne particles, such as bacteria, allow for an improvement in indoor air quality so that our environment is healthy and pleasant. Within the medical field, illnesses caused by viruses such as influenza and SARS (2), hospital infections caused by airborne bacteria, fungi and allergic bronchial tube asthma (3), Japanese cedar hay fever caused by inhaling cedar pollen (4) are becoming large social concerns. In this research article, we discuss how we have applied our novel plasma discharge technology to produce positive and negative “cluster” ions. This iongenerating device operates at a normal atmospheric pressure. Subsequent investigations have permitted characterization of the resultant cluster ions. We have performed a series of experiments to prove the air purification effects of cluster ions, paying close attention to airborne harmful microbes and cedar pollen allergens.

Japanese Cedar Airborne Bacterium Crude Antigen Cedar Pollen Allergy Sufferer
These keywords were added by machine and not by the authors. This process is experimental and the keywords may be updated as the learning algorithm improves.
Download to read the full chapter text