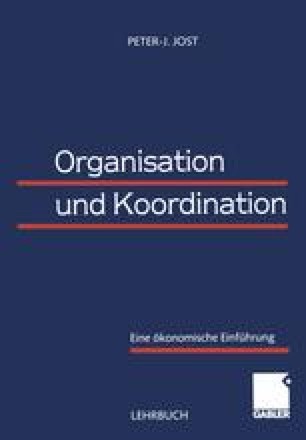 Suppose a visitor from Mars approaches the earth from space, equipped with a telescope that reveals social structures. The firms reveal themselves, say, as solid green areas with faint interior contours marking out divisions and departments. Market transaction costs show as red lines connecting firms, forming a network in the spaces between them. Within the firms the approaching visitor also sees pale blue lines, the lines of authority connecting bosses with various levels of workers…. No matter whether the visitor approaches the United States or the Soviet Union, urban China or the European Community, the greater part of the space below would be within the green areas, for almost all the inhabitants would be employees, within firm boundaries. Organizations would be dominant feature on the landscape. A message sent back home, describing the scene, would speak of “large green areas interconnected by red lines.” It would not likely speak of a “network of red lines connecting green spots.”