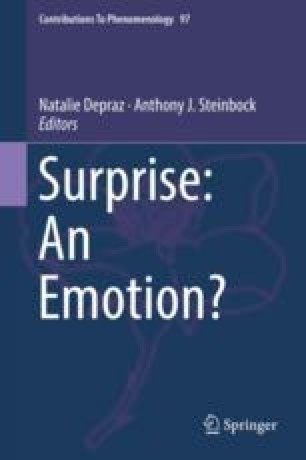 The paper examines the narrative construction of Alice’s Adventures in Wonderland (1865), undisputed masterpiece of nonsensical literature, and shows that it is moved by an avalanche of surprises which obey to a complex mechanism in which cognition and emotion constantly interact. In the light of nonsense, not only will the intertwining of the cognitive and the emotional appear differently, but also the nature of the surprise caused by the lack of meaning will be particular. Rather than the unexpected (or the marvelous) in regard to cognitive anticipations, surprise will then designate the unexpected fulfillment or deception of desire. Furthermore, when the playfield of surprise is no longer perception or experience (in a very broad sense), but language, we will be confronted to the dark face of cognitive emotions: that of incomprehension. Therefore, the eruption of surprise in language, if it occurs outside the logic, will still have an effect on logic: that of assigning its limits. And while the marvelous becomes absurd, the increasing amount of incomprehension will favor the development of new, unexpected emotions, such as anger, disappointment and indignation. The abundant presence of such negative emotions confirms that, in Alice, the experience of nonsense is at least as important as that of the marvelous. It is thus the double logic of sense and desire that provides the measure of surprise in the Carrollian Wonderland, explaining the variety of emotional responses to (un)satisfied desire and to the lack of meaning.

Cite this chapter as:
Serban C. (2018) Surprise, Meaning and Emotion. In: Depraz N., Steinbock A. (eds) Surprise: An Emotion?. Contributions To Phenomenology (In Cooperation with The Center for Advanced Research in Phenomenology), vol 97. Springer, Cham