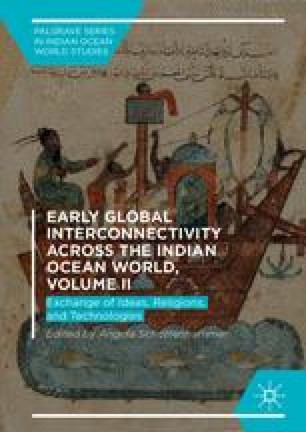 Eurasia, Medicine and Trade: Arabic Medicine in East Asia—How It Came to Be There and How It Was Supported, Including Possible Indian Ocean Connections for the Supply of Medicinals

The paper will explore the important Indian Ocean trade in medicinals primarily during the Mongol Era when the Mongols of Iran and China, isolated in the Mongolian world as a whole, sought to establish close connections by sea to cement their alliance. Thanks to these connections, witnessed among other things by the return voyage of Marco Polo, not only did goods and ideas, many of them medical, move between Iran and China, China and Iran but closer long-distance contacts promoted the movement of goods and ideas from a variety of intermediate points as well, particularly those connected with India. Explored in this connection will be a special source for the period, the Huihui yaofang (Muslim Medicinal Recipes) the 450 surviving pages of an encyclopedia of Arabic medicine once 3500 pages in size. Its many recipes are a living witness to just how substantial the movements of medicinals were and how broad the contacts supporting the movements.

Cite this chapter as:
Buell P.D. (2019) Eurasia, Medicine and Trade: Arabic Medicine in East Asia—How It Came to Be There and How It Was Supported, Including Possible Indian Ocean Connections for the Supply of Medicinals. In: Schottenhammer A. (eds) Early Global Interconnectivity across the Indian Ocean World, Volume II. Palgrave Series in Indian Ocean World Studies. Palgrave Macmillan, Cham