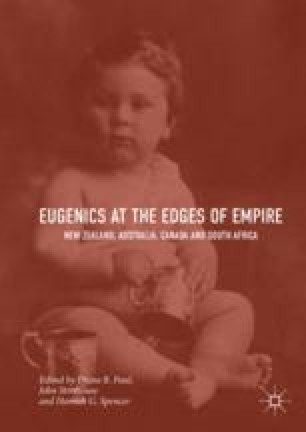 ‘Of Eugenic Interest’? Baby Shows Before the Great War

In the late nineteenth century, all over New Zealand and throughout much of the western world, baby contests were staged—opportunities for proud parents to show off their offspring and win a silver tea set for their troubles. Soon critics of the competitions also made their views known, regarding such spectacles as a ‘monstrous absurdity’ that might lead to increased infant mortality. Within a few years, though, the establishment embraced baby shows. Organizations like Plunket even held their own competitions. Baby contests were now ‘of eugenic interest’, a way to help educate the public and reward parents who were nurturing the right sort of infants. However, such contests also served interests other than eugenics, and were popular both before and after the eugenics movement flourished.

I would like to thank the organizers of ‘Eugenics in the British Colonial Context’ for inviting me to participate in this project, and the attendees at the Dunedin event for their feedback on my oral presentation. Thanks also to David Braddon-Mitchell for his very useful suggestions on this essay.