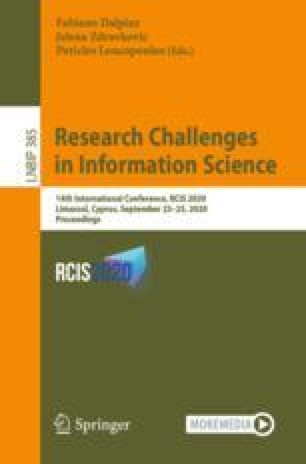 Predicting Unemployment with Machine Learning Based on Registry Data

Many statistical models have been developed to understand the causes of unemployment, but predicting unemployment has received less attention. In this study, we develop a model to predict the labour market state of a person based on machine learning trained with a large administrative unemployment registry. The model specifies individuals as Markov chains with person specific transition rates. We evaluate the model on three tasks, where the goal is to predict who has the highest risk of escaping unemployment, becoming unemployed, and being unemployed at any given time. We obtain good performance (AUC: 0.80) for the machine learning model of lifetime unemployment, and very good performance (AUC: 0.90+) to the near future when we know the recent labour market state of a person. We find that person information affects the predictions in an intuitive way, but there still are significant differences that can be learned by utilizing labour market histories.

Unemployment registry data has a number of potential biases if we want to generalize the results to the entire population. In that case, the training set should contain all 18 to 64 year olds currently residing in Varsinais-Suomi with their recurrent unemployment and employment spells. However, the unemployment registry is sampled monthly and contains only people who have been jobseekers at least once during the sampling.

The Data Set Includes Only People Who Have Been Unemployed

Persons who have not been job seekers during 2013 to 2017 in the unemployment agencies are missing from the original data set because they do not have a registry entry. This is the case for people who have not been unemployed. We compared the data set to the official yearly statistics in Fig. 6, where we find that about 50% of the labour force in Varsinais-Suomi is missing. The unemployment exit rate is not biased, because every unemployed person is included. However, the baseline unemployment entry rate and prevalence are too high, because many people who are never unemployed are missing as negative examples. In other words, by definition we are analyzing unemployment among all people who experience unemployment at least once during the follow-up period.

Spells shorter than one calendar month are undersampled because the registry status is recorded monthly. Such persons may enter and exit unemployment in between monthly measurements without being recorded. We estimate how many percent of spells are missing by calculating the Kaplan-Meier estimate \(S(t)=P(T>t)\) of the first spell length T in Fig. 7. The second month hazard can be used to estimate the true first month hazard, as shown in the bottom left figure. For example, assuming that first month hazards should be 0.25/month (exit) and 0.12/month (entry), the percentage of spells that end in the first month should be \(1-e^{-0.25}\approx \)22% (exit) and \(1-e^{-0.12}\approx \)11% (entry) instead of the \(1-e^{-0.12}\approx 11\%\) (exit) and \(1-e^(-0.06)\approx 6\%\) (entry) that were observed. These spells are a small subset of the data set, and short spells do not meaningfully contribute to the total amount of unemployment

The Data Set Includes Some People Who have a Moved Out

Finally, we have no knowledge of who remain or move out of the Varsinais-Suomi area. The data set may include persons who have moved out and are not at risk of being recorded in the unemployment registry. This bias can be estimated with a simple Monte Carlo simulation. From the government movement statistics in the years 2013-2017 (StatFin) we can calculate the migration rates within Finland. Each year on average 2.1% of the Varsinais-Suomi population moved into other economic areas, and 0.21% of the population in other areas moved into Varsinais-Suomi. We assume that the migration of people follows a Markov chain with the corresponding monthly transition probabilities. We then overlay the movement patterns generated from this Markov Chain into the data set as seen in the left of Fig. 8, and calculate the percentage of people that are outside Varsinais-Suomi each month in the right of Fig. 8. This implies that about 6% of the samples at each time were probably outside Varsinais-Suomi.