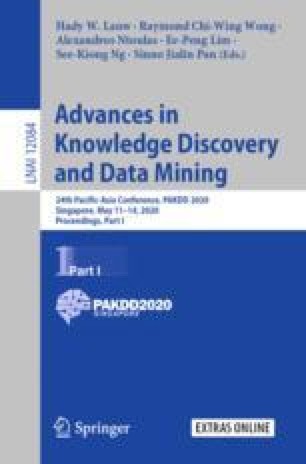 Function identification is a preliminary step in binary analysis for many applications from malware detection, common vulnerability detection and binary instrumentation to name a few. In this paper, we propose the Code Action Network (CAN) whose key idea is to encode the task of function scope identification to a sequence of three action states NI (i.e., next inclusion), NE (i.e., next exclusion), and FE (i.e., function end) to efficiently and effectively tackle function scope identification, the hardest and most crucial task in function identification. A bidirectional Recurrent Neural Network is trained to match binary programs with their sequence of action states. To work out function scopes in a binary, this binary is first fed to a trained CAN to output its sequence of action states which can be further decoded to know the function scopes in the binary. We undertake extensive experiments to compare our proposed method with other state-of-the-art baselines. Experimental results demonstrate that our proposed method outperforms the state-of-the-art baselines in terms of predictive performance on real-world datasets which include binaries from well-known libraries.

In computer security, we often encounter situations where source code is not available or impossible to access and only binaries are accessible. In these situations, binary analysis is an essential tool enabling many applications such as malware detection, common vulnerability detection [9], and etc. Function identification is usually the first step in many binary analysis methods. This aims to specify function scopes in a binary and is a building block to a diverse range of application domains including binary instrumentation [5], vulnerability research [10] and binary protection structures with Control-Flow Integrity. In both binary analysis and function identification, tackling the loss of high-level semantic structures in binaries which results from compilers during the process of compilation is likely the most challenging problem.

There have been many effective methods for dealing with the function identification problem from heuristic solutions (statistical methods for binary analysis) to complicated approaches employing machine learning or deep learning techniques. In an early work, Kruegel et al. [4] through his research which leveraged statistical methods with control flow graphs concluded that the task of function start identification can be trivially solved for regular binaries. However, later research in [14] argued that this task is non-trivial and complex in some specific cases wherein it is too challenging for heuristics-based methods to discover all function boundaries. Other influential works and tools that rely on signature database and structural graphs include IDA Pro, Dyninst, (Binary Analysis Platform) BAP, and Nucleus [1]. Andriesse et al. [1] has recently proposed a new signature-less approach to function detection for stripped binaries named Nucleus which is based on structural Control Flow Graph analysis. More specifically, Nucleus identifies functions in the intraprocedural control flow graph (ICFG) by analyzing the control flow between basic blocks, based on the observation that intraprocedural control flow tends to use different types and patterns of control flow instructions than inter-procedural control flow.

Machine learning has been applied to binary analysis and function identification in particular. The seminal work of [11] modeled function start identification as a Conditional Random Field (CRF) in which binary offsets and a number of selected patterns appear in the CRF. Since the inference on a CRF is very expensive, though feature selection and approximate inference were adopted to speed up this model, its computational complexity is still very high. ByteWeight [2] is another successful machine learning based method for function identification aiming to learn signatures for function starts using a weighted prefix tree, and recognizes function starts by matching binary fragments with the signatures. Each node in the tree corresponds to either a byte or an instruction, with the path from the root node to any given node representing a possible sequence of bytes or instructions. Although ByteWeight significantly outperformed disassembler approaches such as IDA Pro, Dyninst and Binary Analysis Platform (BAP), it is not scalable enough for even medium-sized datasets [12].

Deep learning has undergone a renaissance in the past few years, achieving breakthrough results in multiple application domains such as visual object recognition [3], language modeling [13], and software vulnerability detection [6, 7, 8]. The study in [12] is the first work which applied a deep learning technique for the function identification problem. In particular, a bidirectional Recurrent Neural Network (Bidirectional RNN) was used to identify whether a byte is a start point (or end point) of a function or not. This method was proven to outperform ByteWeight [2] while requiring much less training time. However, to address the boundary identification problem with [12], a simple heuristic to pair adjacent function starts and function ends was used (see Section 5.3 in that paper). Consequently, this approach is not able to efficiently utilize the context information of consecutive bytes and machine instructions in a function and the pairing procedure might lead to inconsistency since the networks for function start and end were trained independently. Furthermore, this method cannot address the function scope identification problem, the hardest and most essential sub problem in function identification, wherein the scope (i.e., the addresses of all machine instructions in a function) of each function must be specified.

In Fig. 1, we show an example of a short source code fragment for a function in the C programming language, the corresponding assembly code in the machine instruction and corresponding hexadecimal mode of the binary code respectively, which was compiled using gcc with the optimization level O1 for the x86-64 architecture on the Linux platform. We further observe that in real binary code, the patterns for the entry point vary over a wide range and can start with push, mov, movsx, inc, cmp, or, and, etc. In the example, the assembly code corresponding with the optimization level O1 on Linux has three ret statements. Furthermore, in real binary code, the ending point of a function can vary in pattern beside the ret pattern. These make the task of function identification very challenging. For the challenges of the function scope identification task, we refer the readers to [2, 12] and the discussions therein.

where \(p(\mathbf {y}_{k}\mid {\mathbf {o}}_{k})\) is the \(\mathbf {y}_{k}\)-th element of the discrete distribution \(\mathbf {p}_{k}\) or in other words, we have \(p(\mathbf {y}_{k}\mid {\mathbf {o}}_{k})=\mathbf {p}_{k,\mathbf {y}_{k}}\).
Testing Procedure. In what follows, we present how to work out the function scopes in a binary using a trained \(\text {CAN}\). The machine instructions/non-instructions for CAN-M or instruction/non-instruction bytes for CAN-B in the testing binary are fed to the trained model to work out the predicted sequence of action states. This predicted sequence of action states is then decoded to the function scopes inside the binary. As shown in Fig. 3, the binary in Fig. 2 when inputted to the trained \(\text {CAN}\) outputs the sequence of action states NE, NI, ..., NI, FE and is later decoded to the scopes of the functions Function 1, Function 2 and Function 3.

In this section, firstly, we present the experimental results of our proposed Code Action Network for the machine instruction level (\(\text {CAN}\)-M) and the byte level (\(\text {CAN}\)-B) compared with other baselines including IDA, ByteWeight (BW) no-RFCR, ByteWeight (BW) [2], the Bidirectional RNN (BRNN) [12] and Nucleus [1]. Secondly, we perform error analysis to qualitatively investigate our proposed methods. We also investigate the model behaviour of our \(\text {CAN}\)-M with various RNN cells and with different size for hidden states (see in our Supplementary Material, available at https://app.box.com/s/iq9u8r).

We used the dataset from [2, 12], which consists of 2,200 different binaries including 2,064 binaries obtained from the findutils, binutils, and coreutils packages and compiled with both icc and gcc for Linux at four optimization levels O0, O1, O2, and O3. The remaining binaries for Windows are from various well-known open-source projects which were compiled with Microsoft Visual Studio for the x86 (32 bit) and the x86-64 (64 bit) architectures at four optimization levels Od, O1, O2, and Ox.

Code Action Network Versus Baselines. We compared our \(\text {CAN}\)-M and \(\text {CAN}\)-B using the Long Short Term Memory (LSTM) cell and the hidden size of 256 with IDA, the Bidirectional RNN (BRNN), ByteWeight (BW) no-RFCR and ByteWeight (BW) in the task of function start, function end, function boundary and function scope identification. For the well-known tool IDA as well as the Bidirectional RNN, ByteWeight no-RFCR, and ByteWeight methods, we reported the experimental results presented in [2] and [12]. Obviously, the task of function scope identification wherein we need to specify addresses of machine instructions in each function is harder than that of function boundary identification. To compute the function scope results, given a predicted function by \(\text {CAN}\) variants, we considered their start and end instructions for CAN-M and start and end bytes for CAN-B, and then evaluated measures (e.g., Precision, Recall, and F1 score) based on this pair. In addition, in the function scope identification task, a pair is counted as a correct pair if all predicted bytes or machine instructions accompanied with this pair forms a function that exactly matches to a valid function in the ground truth. In contrast, in the function boundary identification task, we only require the start and end positions of this pair to be correct.

For a qualitative assessment, we performed error analysis of our CAN-M and CAN-B for all cases including PEx86, PEx64, ELFx86 and ELFx64.

We summarize some observations for our methods performance as follows:
Table 1.

Comparison of our Code Action Network and baselines (Best in bold, second best in Open image in new window

Comparison with the baselines (the Bidirectional RNN, ByteWeight and Nucleus) using average scores for all architectures (x86 and x86-64) for both Linux and Windows of our Code Action Network. The experimental results for Nucleus are from the original paper using the same dataset (Best performance in bold, second best in Open image in new window

In this paper, we have proposed the novel Code Action Network (CAN) for dealing with the function identification problem, a preliminary and significant step in binary analysis for many security applications such as malware detection, common vulnerability detection and binary instrumentation. Specifically, the CAN leverages the underlying idea of a multicell bidirectional recurrent neural network with the idea of encoding the task of function scope identification to a sequence of three action states NI (i.e., next inclusion), NE (i.e., next exclusion), and FE (i.e., function end) in order to tackle function scope identification, the hardest and most crucial task in function identification. The experimental results show that the CAN can achieve state-of-the-art performance in terms of efficiency and efficacy.

This research was supported under the Defence Science and Technology Group’s Next Generation Technologies Program.