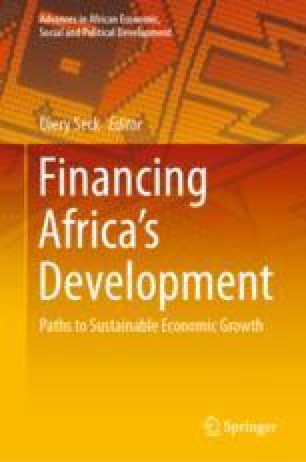 Does the Quality of Economic Institutions Influence the Link Between External Debt and Growth? Evidence from the African Franc Zone

The aim of this paper is to analyse the role of economic institutions in the relationship between external debt and economic growth in the African Franc zone. The methodology focuses on generalized moment method (GMM) of Blundell and Blond (1998). The sample includes 12 countries within the period 1985–2015. We adopted the classification of economic institutions proposed by Rodrik (2005) from the empirical analysis. We derive the following conclusions. Economic institutions are a brake on the economic performance of those countries: (i) Quality of market creation institutions negatively affect the debt–growth nexus in the area. Similarly, market regulatory institutions have a negative impact. (ii) Market stabilization institutions have positive effects on debt–growth nexus. In other words, to stimulate economic growth through debt, it is necessary to have better institutions in order to make external debt profitable for growth in the African Franc zone. (iii) For the whole zone, we obtain an optimal debt threshold which is 50.56% of GDP for the sample considered.

From 2000 to 2015, the situation of market creation institutions improved significantly. Although we have a decline in the quality of these institutions from 2010 to 2015, in countries such as Benin, Burkina Faso, Mali and Niger, their quality has improved remarkably compared to 2000. In 2015, Côte d’Ivoire and Senegal lead the way in the WAEMU zone; while countries such as Benin, Burkina Faso and Mali had a better situation in previous years (2005, 2010).

Gabon, in addition to being the country with the best situation as a market creation institution, is the only country in the region that has kept a virtually constant evolution from 2000 to 2015. In 2015, it is followed by the Republic of Congo, which has made much more effort in recent years, and Cameroon. Unlike other countries, the Central African Republic saw the quality of its market creation institutions deteriorate from 2000 to 2015.

From 2000 to 2010, the Central African Republic and Cameroon led the ranking in terms of the good quality of market stabilization institutions in CEMAC. However, RCA lost its place to Cameroon and Chad in 2015. The Republic of Congo is last in the ranking, but efforts are to be noted during the period; from 4.29 in 2000, it rises to 5.74 in 2015.

In 2000, Benin had the best market regulation institutions in the Union, but in 2015, it gave way to Niger. In 2015, all WAEMU countries have a relatively similar rating for market regulation institutions (around 6.5). Even though countries such as Benin and Burkina-Faso have tried to remain at the peak of the 2000–2015 ranking, there has been a significant improvement in regulatory institutions in countries such as Mali, Niger and Senegal, which were at the bottom of the scale in 2000.

In CEMAC, countries have practically the same situation regarding their market legitimization institutions; moreover, these ratings are on average higher than those of WAEMU countries. Tchad and the Central African Republic have the highest CEMAC scores in 2015.

Cite this chapter as:
Nounamo Y. (2020) Does the Quality of Economic Institutions Influence the Link Between External Debt and Growth? Evidence from the African Franc Zone. In: Seck D. (eds) Financing Africa’s Development. Advances in African Economic, Social and Political Development. Springer, Cham