The Use of Force for State Power 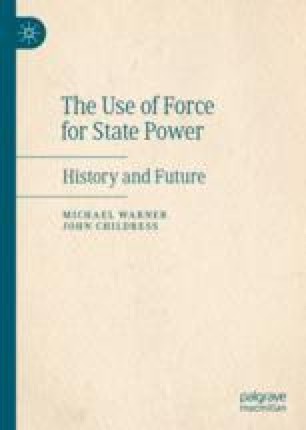 George Orwell in 1945 glimpsed “a peace that is no peace,” but the Cold War that he described would not remain frozen forever. Indeed, the Cold War witnessed something incredibly dramatic, for what transpired between 1945 and 1991 was literally unprecedented and ranks as perhaps history’s most profound and surprising shift in power. In a span of two generations, the British, French, Dutch, Belgian, Portuguese, and Soviet empires all effectively ended. All but the latter had endured for centuries, yet none of these imperial powers lost their empires to military conquest. These great changes unfolded as ideology and technology again realigned the components of force and set the stage for a new liberal world order. At the same time, however, the technologies created to wage the Cold War loomed as threats to the new international order.

“…you cannot resolve a country’s complex problems by force.”