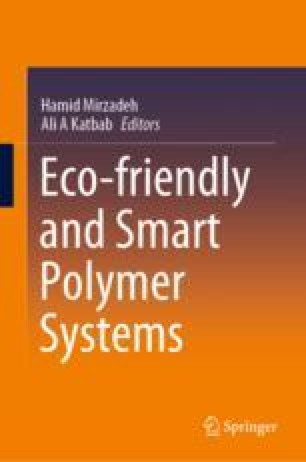 Polymerization of 1-hexene and its copolymerization with styrene were done via Ziegler-Natta catalyst in bulk medium at 60 ℃. The results showed that 1-hexene was well polymerized with this type of catalyst, but increasing the molar ratio of styrene in the reaction feed led to decrease the catalyst activity and, consequently, a reduction of the overall conversion. Compared to this catalytic reaction, the atom transfer radical copolymerization of styrene and 1-hexene was carried out with CCl4 initiator and CuCl/N, N, N′, N′, N″-pentamethyldiethylenetriamine (PMDETA) catalyst system in bulk at 80 ℃. The results of conversion showed that styrene has a high activity in the atom transfer radical polymerization. By increasing the molar ratio of styrene monomer in the feed, the overall conversion of the reaction increased. Thus, increasing the concentration of 1-hexene can decrease the activity of macroradicals. The structure of various synthesized copolymers was characterized by 1H NMR method. Thermal properties of the synthesized poly 1-hexene and its copolymers with styrene were determined by DSC method. The results showed that the synthesized polymers via Ziegler-Natta have glass transition temperature in the range of −40 ℃ to −45 ℃.