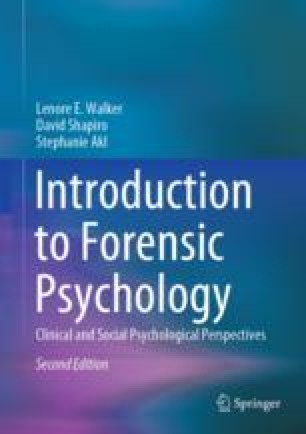 At the outset of the APA Code of Ethics, there were no items that dealt exclusively with forensic issues. However, in 1981, the Code, following a case called Tarasoff, adopted a section called limits of confidentiality. The issue of whether or not psychologists could advertise their services was taken up in the 1980s. It was not until 1992 that we see in the Code a clear section dealing with forensic activities, as well as distinctions between aspirational principles and enforceable standards. Further, definitions of what was meant by competence were spelled out and these had clear reference to the qualification of expert witnesses. Issues regarding conflicts between the Code of Ethics and court orders were starting to be discussed. Clarification regarding the nature of multiple relationships to be avoided was set out, and the need for complete documentation of how a clinician reached their opinions, conclusions, and recommendations was also discussed. The section about avoiding harm was expanded, and restrictions regarding the release of records were also discussed. The next version of the Code of Ethics had several changes including the elimination of the section dealing with forensic activities and a marked shift, pursuant to HIPAA, about the need to release records to a patient upon request. The Forensic Specialty Guidelines expanded on several of these points and provided more specific guidelines for dealing with record release, for reconciling court orders with ethical constraints, and for defining what activities were forensic in nature.